This could be an interesting development for Android users.

According to Android Central, Facebook has been conducting tests where the top function bar in the app is moved to the bottom of the screen, the same as it is on iOS. 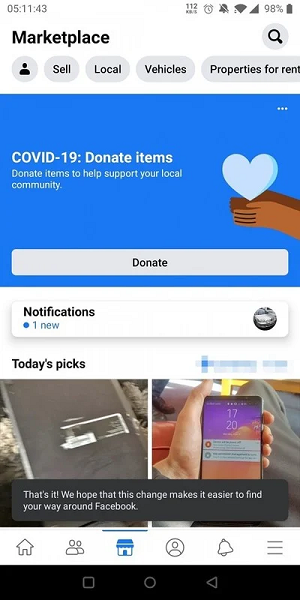 Android Central suggests that the change is aimed at improving one-handed navigation - with device screens getting larger and longer, the re-alignment could help users better engage with the app.

Here's a look at the current Android format versus this proposed redesign: 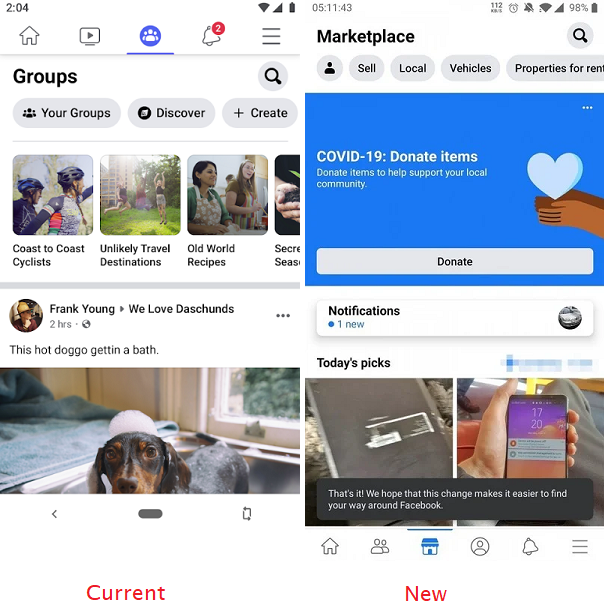 As noted, the function bar is already along the bottom of the screen in iOS, so the change would also bring both apps into line, and could help Facebook's developers roll out future changes as a result. But it would be a significant change for Android users.

It's not clear how far along the test is - some Android users have reported seeing the change in their version of the app, only to have it revert back to normal a few days later. But it could be something to keep an eye on, and to consider in future.