Last December, TechCrunch reported that Facebook was re-launching its search ads after a five year absence. And this week, access to Facebook's new search ad option appears to have been significantly expanded, with a range of Facebook advertisers reported that 'Search' is now an option within their Ad Placements tools. 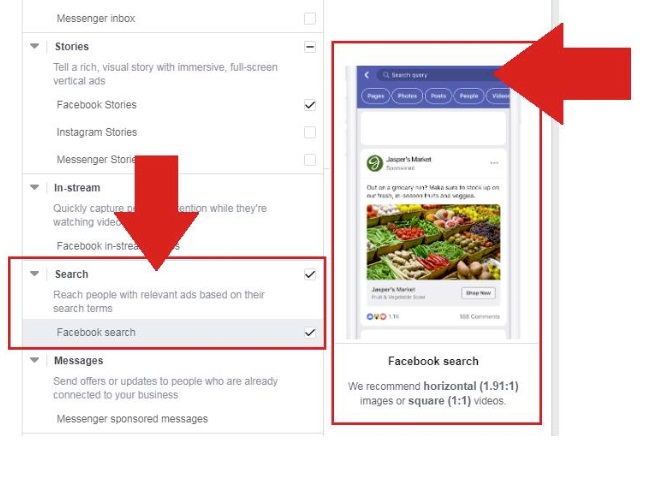 As you can see in this example, which was shared by digital marketing consultant Steven Johns, search is now showing for more businesses in their ad placement options, while there's also a basic example of how the new search ads look and work. When someone searches for a related term on Facebook, you can target that query, and have your ad shown in the results, similar to Google search ads.

As noted, Facebook originally launched search ads back in 2012, but abandoned them shortly after. This re-launched version is different to that initial offering, but focuses on the same functionality - in TechCrunch's report last year, it noted that

"Advertisers will be able to extend their existing News Feed ads to the new “Search” placement through the Facebook Ads Manager, similar to how they’d pick Facebook Audience Network or Instagram. No video ads will be allowed, and search ads won’t appear on desktop. Marketplace search ads will appear on iOS and Android, while Facebook search ads are only testing on Android. For now, advertisers won’t pick specific keywords to advertise against, and instead may appear in search terms related to auto or retail topics."

Facebook would appear to have evolved its search ad options from this, but the basic functionality remains the same.

How effective search placements will be will obviously be relative to the product/service you're offering, and the specifics of your ad listing.

It's also important to consider what users are searching for on the platform. Back in 2016, Facebook said that it was facilitating over 2 billion searches per day, a significant volume to consider, but we haven't seen an update on that stat since, and with social media usage behaviors changing, and Facebook searches, you would assume, being less about specific products and services than the same on Google, the opportunities are more limited.

That doesn't mean they won't be effective, but there are some key considerations to keep in mind around the potential of Facebook search ad placements, and whether they might work for your business.

It's not clear how much Facebook has expanded its search ad placements as yet (we've asked and will update if we get more info), but it's another option to consider in your marketing strategy, in order to maximize the reach and resonance of your Facebook campaigns.