Facebook's launching a new listing of music tracks which people can use in their videos without fear of infringing copyright.

“Sound Collection gives you access to thousands of high-quality audio tracks and sound effects from all over the world to spice up your videos. These sounds are owned by Facebook, and are free and clear to use in any videos you create and share on Facebook and Instagram.”

Facebook’s been looking for a solution on this front for years, with The New York Times reporting that they’ve been in negotiations to enable users to include Top 40 songs in their videos since 2015. They obviously haven’t reached agreement on that front as yet – the songs listed in Sound Collection are not by artists you’ll hear on the radio. But still, this provides another option for creators, which will enable them to include music without fear of having their videos taken down due to violations.

The tracks themselves are as you’d expect – generic-sounding background music, perfect for videos. That may not give you the kick of setting your content to your favorite song, but they’ll be effective, and will no doubt come in handy for those looking to add an extra element to their creations.

TechCrunch has also reported that the initial tracks available in Sound Collection could be just the starting point - if Facebook can reach agreement on some more popular, well-known musicians, the library could become an even more interesting proposition.

On another front, Facebook’s also launching a new 360 community to help encourage creators to start creating 360 videos for the platform. The page includes a range of resources to assist in the process, as well as connection to other creators and information on 360 cameras (including a new rental option). 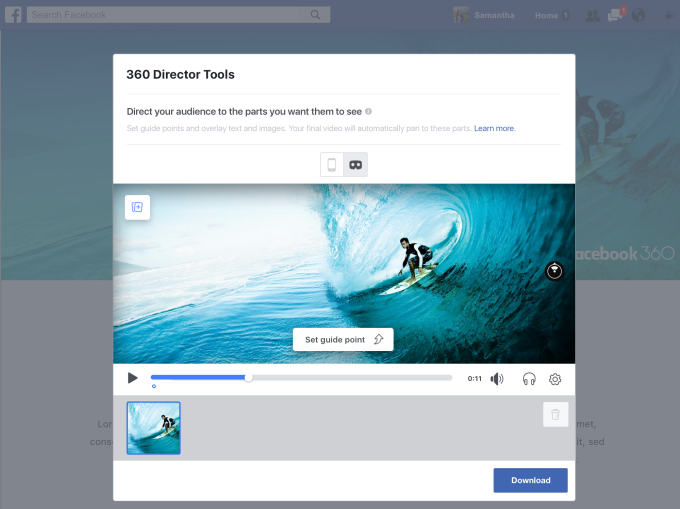 Facebook says that more than a million 360 videos have already been published to the platform, and as they move further towards the next evolution of the platform – being VR – 360 is a key bridging step. Expect to see The Social Network put more emphasis on 360 content over the next year.

As Facebook has noted several times, video is the future of their platform, and VR is the next stage of that shift. It’ll take some time to get there, but by introducing more tools to facilitate that evolution, Facebook’s guiding creators towards the next stage. The addition of better video tools will also enable the platform to improve and refine its Watch platform, making it more of a rival for YouTube – and while the addition of basic music tracks may seem relatively minor, it could have big benefits, and help more publishers create better quality work.