Facebook has announced that it will remove its Ad Relevance Score as part of a broader switch to more granular, relevant ad metrics to help improve performance.

Facebook originally launched its ad relevance score back in 2015 to provide advertisers with more insight into their ad performance, and what they could expect. 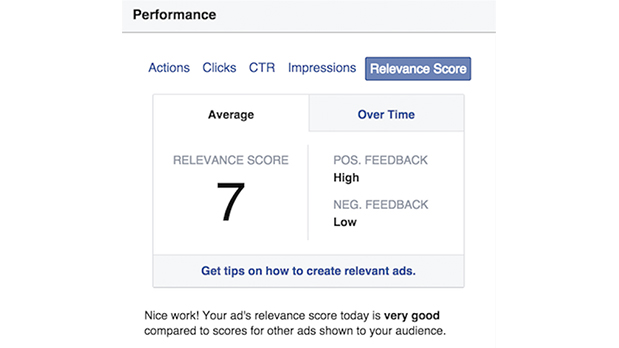 "Relevance score is calculated based on the positive and negative feedback we expect an ad to receive from its target audience. The more positive interactions we expect an ad to receive, the higher the ad’s relevance score will be. (Positive indicators vary depending on the ad’s objective, but may include video views, conversions, etc.) The more times we expect people to hide or report an ad, the lower its score will be."

The idea behind the score was to help advertisers create better ads, using Facebook's insights, and to improve ad performance - "the higher an ad’s relevance score is, the less it will cost to be delivered".

But Facebook now says that the single metric doesn't provide enough actionable insight, which is why its switching to a more detailed measurement option.

The new metrics which will be provided are:

The extra detail will enable more specific focus on each element of your ad - creative, targeting and post-click - to help focus on the key areas to improve, which will help advertisers better understand their relative campaign performance.

In addition to this, Facebook is also removing six ad metrics, and replacing them with more actionable data points.

Those being removed are:

The changes are designed to provide more beneficial insight based on feedback from Facebook advertisers and how they're actually using Facebook ads. Some of the use cases here are fairly specific, so the impact will be relative, but it is worth noting all the changes and considering how they factor into your Facebook ad measurement.

Facebook is always updating its ad metrics, and providing new tools and refinements to help improve transparency, and help businesses generate better results. This obviously benefits advertisers, but it also helps Facebook, in that by providing insight into the specific performance and benefits it can encourage further ad spend.

The ad quality metrics are not definitive, but they will help improve your on-platform ad performance, and help you understand your repspective ad reach.

Facebook's new ad performance metrics will be rolled out over the next few weeks, with relevance score being removed as of April 30th.