Facebook's Planning to Integrate its Messaging Platforms to Simplify Cross-Communication

This could be a major shift for social media, and for digital marketers specifically.

According to a new report in The New York Times, Facebook's planning to integrate its messaging functionalities on Messenger, Instagram and WhatsApp, which would enable users to send messages between apps, with all the existing functionality and tools on each available across the three apps.

The integration, which is reportedly in development and scheduled for release late this year or early next, would mark a significant change for the three tools, which have a collective 3.8 billion monthly active users. The integration would also, presumably, enable cross-posting of Stories, with each of the three also offering a Stories option - you can already cross-post your Instagram Story to Messenger (via Facebook Stories), so a further connection with WhatsApp Status would not be a huge leap.

As we reported recently, Facebook is already slowly integrating Instagram and its main platform, with new tools gradually appearing which connect the two together.

Broadening that to WhatsApp makes a lot of sense, and with messaging use on the rise, that could provide a range of new opportunities for digital marketers to connect with a much broader audience, more easily and quickly than ever before.

The implications here are massive - imagine a single platform that connects you to all of Facebook's properties, and facilitates cross-platform promotion and customer service. There could also be data-sharing benefits, though the details on that front are still being worked through.

According to TechCrunch, as part of the project, Facebook's also looking to add end-to-end encryption for Instagram messages, and encryption to Facebook Messenger interactions by default. That would help reassure users that their private conversations will be kept safe, despite the broader cross-platform reach, however there's likely more to be ironed out to secure full data integration and utilization between the apps.

"Two years ago, Facebook rolled back its plans to begin sharing WhatsApp user data with The Social Network for advertising at the request of U.K. data protection authorities, putting the plan on ice across the European continent. Under the proposed changes to its terms and conditions, WhatsApp would have shared the user’s phone number that was used to verify their account, and the last time they used the service. That led to concerns about privacy, given that a real-world identity isn’t needed for WhatsApp, unlike Facebook, which requires users display their real names."

The differing approaches to privacy on each platform will add complexity to the functional merging, and, reportedly, is what lead to significant tensions between Facebook management and the founders of both WhatsApp and Instagram, which ultimately saw all of them leave Facebook entirely.

But really, the merger makes sense. Right now, Facebook has separate development teams working across the three apps - a merger would bring them all together, and would make it easier to roll out new updates and additions through a unified back-end layer. It would also, as others have noted, make it harder for Facebook to be broken up in the event that regulators felt that such a step were necessary. Really, that could be the key motivator here, but the functional implications are also equally relevant.

There is also a question over whether it's to Facebook's benefit to bring all of its apps under the Facebook banner, with the brand taking a hit in recent times due to various data privacy scandals. 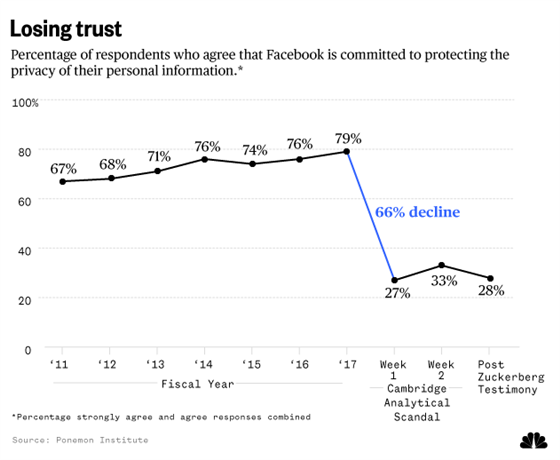 Given the emphasis on private messages, users are likely more sensitive to the same in this respect. Right now, Instagram and WhatsApp have remained largely unscathed in the various data scandals, with many users unaware that Facebook owns and operates them also. Merging their functionalities would likely heighten that awareness, which could lead to less use - particularly in the case of WhatsApp, which has historically made user privacy a key focus.

Worth noting, WhatsApp co-founder Brian Acton told Forbes last September that "I sold my users' privacy to a larger benefit", in relation to the company's sale to Facebook in 2014. There has to be some concern with the app's founder speaks out in this way.

But as noted, the merger makes sense - from a broader operational perspective, from a data management perspective, and from a digital marketing standpoint.

Whether users see things the same way remains to be seen.