As highlighted by social media expert Matt Navarra, more Page admins are now seeing this option when they go to share an update on Facebook.

This is one of several new prompts which is slowly being rolled out - maybe you've also seen this shortcut appear at the bottom of your Instagram Stories. 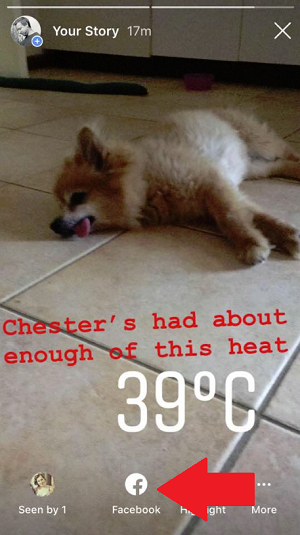 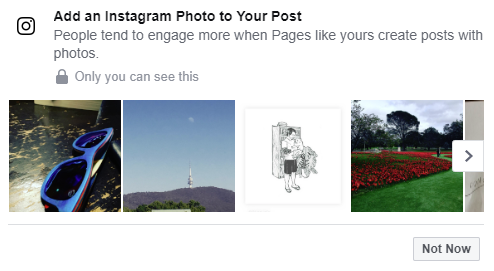 These are not all new, some users would have seen variations of the same for a while now. But they do seem to be getting a broader roll-out, with more cross-posting options appearing in more spaces, and encouraging further content integration.

The benefit for Facebook is, of course, more content, which helps boost engagement stats, and encourages more on-platform interaction. For businesses and individuals, it can also increase exposure and engagement potential, with less effort - though you do need to always take care when cross-posting, as each platform has its own best practices and functionality.

But then again, even some of that functionality is shifting across - just recently, Digiday reported that brands which are able to use Instagram's 'swipe-up' functionality to add links in Stories will now be able to cross-post to Facebook and have that same functionality remain. That could provide a significant boost for brand usage of Facebook Stories - again, you do need to take care in cross-posting, but the potential of that addition is worth considering.

In some ways, you could argue that Instagram has benefited in more recent times from not being associated with Facebook - amid the various privacy scandals and data concerns, Instagram's reputation has remained largely unscathed, despite being owned by The Social Network. But then again, the engagement benefits likely outweigh such concerns from Facebook's perspective. There's a risk there, sure, but more engagement - particularly at a time when Facebook News Feed engagement is reportedly in decline - equals more ad dollars, and if Facebook can encourage more sharing with simple prompts, that seems like a logical option.

Just, as noted, take care when cross-sharing, and always consider your audience.