With more than 1.3 billion active users, and growing fast, Facebook's keener than ever to find ways to monetize Facebook Messenger.

But doing so comes with inherent challenges – advertising via message is highly interruptive, while stuffing ads into Messenger screens has very limited potential.

Facebook thought it had found an answer in Messenger bots – if users are active on Messenger anyway, enabling them to communicate directly with brands on the same platform seems like a logical progression. But while bot adoption is growing, it’s coming along slower than Facebook would like, with a key limitation being that smaller businesses generally don’t have the technical know how or resources to build their own bots, restricting take-up.

So now, Facebook’s come up with another option – though it’s a fairly risky move, and one that could backfire quite easily.

As reported by TechCrunch, Facebook’s rolling out a new test of a self-serve sponsored messaging tool, which will enable brands to mass-send promotional messages to anyone who’s already initiated a conversation with them on the platform. 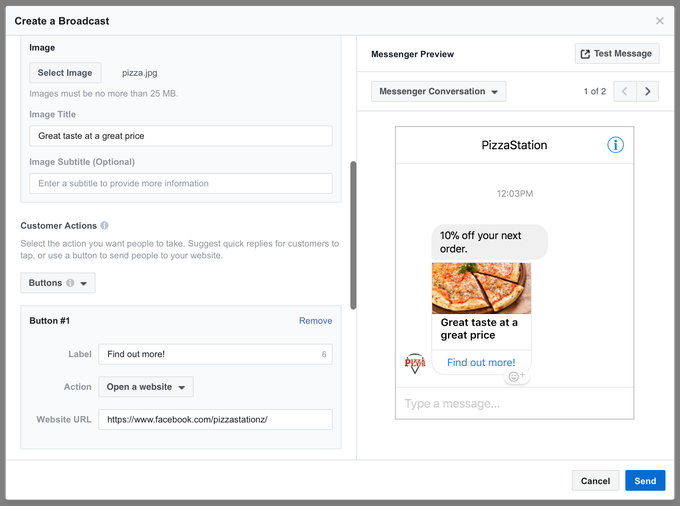 The process seems fairly straight-forward – businesses will be able to put together a message, add an image, then send it out to a group of users who’ve communicated with them on Messenger in the past. They can segment that group by product or type of interaction to better target their messaging, and they can add a call to action button to streamline response. 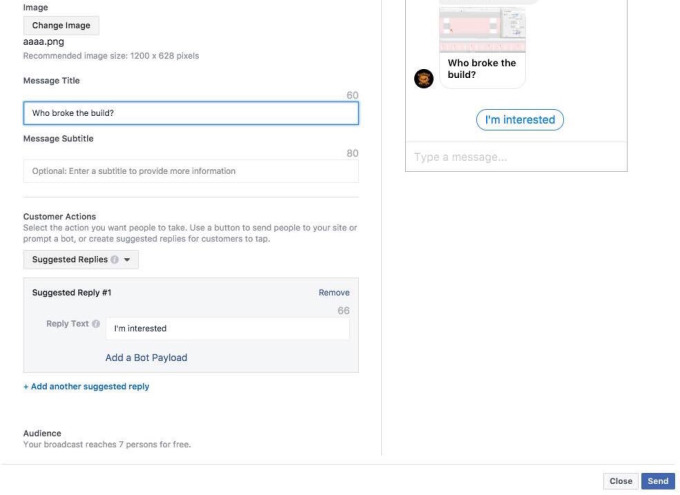 And while it’s not hugely different from other social ad types in format, it's likely more disruptive. While most people wouldn’t have push notifications enabled for other types of ads, they generally do for messages – and when you get a Messenger ping, expecting it to be a friend getting in touch, you might be disappointed to find that brand you messaged as a once off is now contacting you with offers.

Targeting is obviously key. Participating brands will need to take extra care to ensure relevance with their ad offers, while Facebook will also cap the amount of messages any business can send to avoid overloading users. Right now, the new option is available free of charge for businesses in the U.S., Mexico and Thailand, though Facebook says they'll be looking to charge for the service down the road.

As noted, it’s a risky move. TechCrunch highlights that trusting less tech-savvy businesses to come up with compelling Messenger ads could lead to spam problems, while really, any direct message ad is going to be interruptive. Getting it right will require a very fine balance.

Given the challenges, it’s hard to see this becoming a popular or widely used tool – but then again, Facebook’s been developing the option for some time, and have no doubt done the math on the likely audience response. According to The Social Network, there are now more than 2 billion messages sent between businesses and people on Messenger each month, while data shows that users are now more receptive to being sent offers and the like from brands via messaging platforms.

Will that extend to direct messages they haven’t asked for?