Their first new offering is called ‘Responsive Search Ads’, which will tap into Google’s algorithms to show variations of your ads to specific audiences.

“Simply provide up to 15 headlines and 4 description lines, and Google will do the rest. By testing different combinations, Google learns which ad creative performs best for any search query. So people searching for the same thing might see different ads based on context.”

It’s similar to the A/B testing options being added into other ad processes – Facebook, for example, is trialing A/B testing for Page posts in order to help optimize performance. The difference here is that Google’s process will automatically detect and optimize based on your uploaded selections, rather than you having to analyze the data and re-allocate ad spend manually.

In testing, Google says that advertisers who’ve used this process have seen up to 15% more clicks on their ads, highlighting the benefits of the tool.

Google’s also adding a new YouTube ad option to reach YouTube viewers when they’re most likely to be responsive to your ads.

With so many people turning to YouTube as part of the modern purchase process, Google can now identify identify new opportunities to connect at just the right moment in their consideration phase.

“For example, nearly 1 in 2 car buyers say they turn to YouTube for information before their purchase, and nearly 1 in 2 Millennials go there for food preparation tips before deciding what ingredients to buy.”

To maximize ad impact in this process, Google will roll out a new YouTube ad option called ‘Maximize lift’ which will help brands reach people who are most likely to consider their brand after seeing a video ad.

“The process automatically adjusts bids at auction time to maximize the impact your video ads have on brand perception throughout the consumer journey.”

With 1.8 billion monthly active users, and digital video content on the rise, YouTube looks set to become a bigger part of Google’s ad business, and this new option will no doubt prove popular – dependent, of course, on results.

“Whether they start their research on YouTube or Google, people still make the majority of their purchases in physical stores - in fact, mobile searches for “near me” have grown over 3X in the past two years, and almost 80% of shoppers will go in store when there’s an item they want immediately. For many of you, that means driving foot traffic to your brick-and-mortar locations is critical - especially during key moments in the year, like in-store events or promotions.”

For Local Campaigns, businesses will provide details like their business location and ad creative, then Google will automatically optimize their ads across the various Google surfaces to maximize in-store traffic. 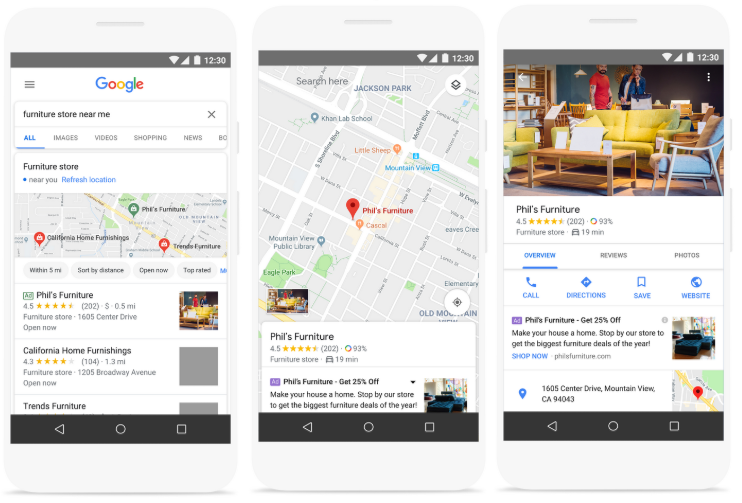 The new options are part of Google’s holiday marketing tools, which they’re announcing this week. Each will provide more ways to optimize your Google ads, while they also underline the evolution of the company's machine learning tools in maximizing ad delivery and performance.