Google Wants in on Stories Too, Adding Stories-Like Option for Photos

While the replication of popular platform features has become fairly commonplace in social media circles, Google's efforts to tap into the same have generally ended up falling flat.

And this is just a sample set - over time, seeing the potential competition for attention rising from social apps, Google has continually sought to fend them off by launching its own, social-like features, which have had interesting elements, but have failed to build any real momentum.

Which is why this new update for Google Photos comes as little surprise.

This week, Google has essentially launched Stories for Google Photos, in a new feature called 'Memories'. 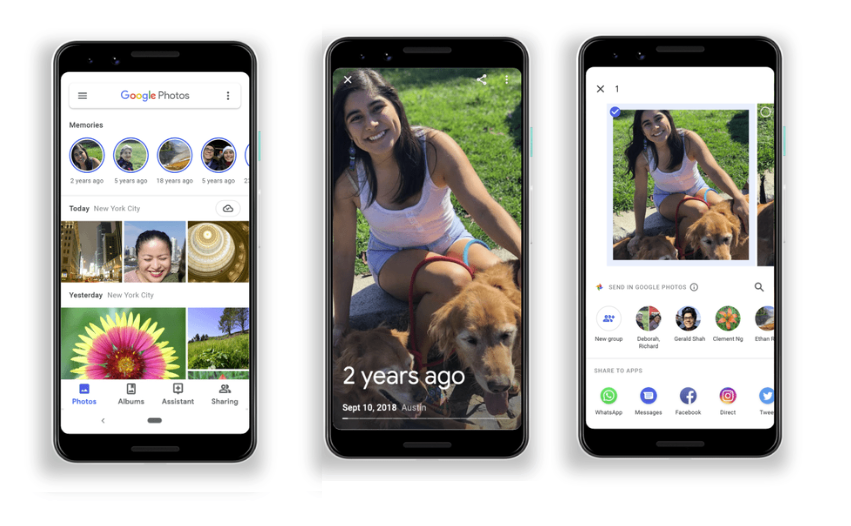 "Starting today, you’ll see photos and videos from previous years at the top of your gallery in a new feature we’re calling Memories. While you might recognize this stories format from social media, these memories are your personal media, privately presented to you so you can sit back and enjoy some of your best moments."

So they look like Stories, but they're not made for public consumption - though as you can see in the last frame, you can share specific Memories to other apps.

The option will essentially utilize the appeal of Facebook's Memories reminder prompts in order to encourage more engagement and sharing. Facebook's 'On This Day' reminders are used by more than 90 million people every day, so it makes sense for Google to add in a similar feature - though you would think that it would be more limited in Google Photos given that it's within a separate app, and thus, it'll take an extra step to share.

But it also, of course, aligns with the rising usage of Stories, and maybe, by presenting your Google photos in a Stories-like format, it can become a more essential companion to your other Stories posts, and get more people opening Google Photos more often.

Also, because it's from Google, it uses AI:

"We’re using machine learning to curate what appears in Memories, so you don’t have to parse through many duplicate shots, and you can instead reflect on the best ones, where the photos have good quality and all the kids are smiling. We understand that you might not want to revisit all of your memories, so you’ll be able to hide certain people or time periods, and you have the option to turn this feature off entirely."

It's interesting, sure, and Google Photos now has more than a billion users, so it makes sense for Google to seek innovations to maximize that rising engagement. But as with Google's other social-like tools, it seems kind of interesting, but not really significant. That hasn't been a winning formula for Google's similar additions in the past.

But if you use Google Photos, its another element to consider - and for businesses, it may serve as a good sharing prompt, highlighting past positive news stories to re-share through your social channels.