Facebook’s making it easier to access and share your greatest memories, based on your posted content, with a new Memories section that will incorporate all of your moments, ‘friendaversaries’ and ‘On this day…’ reminders in one single place. 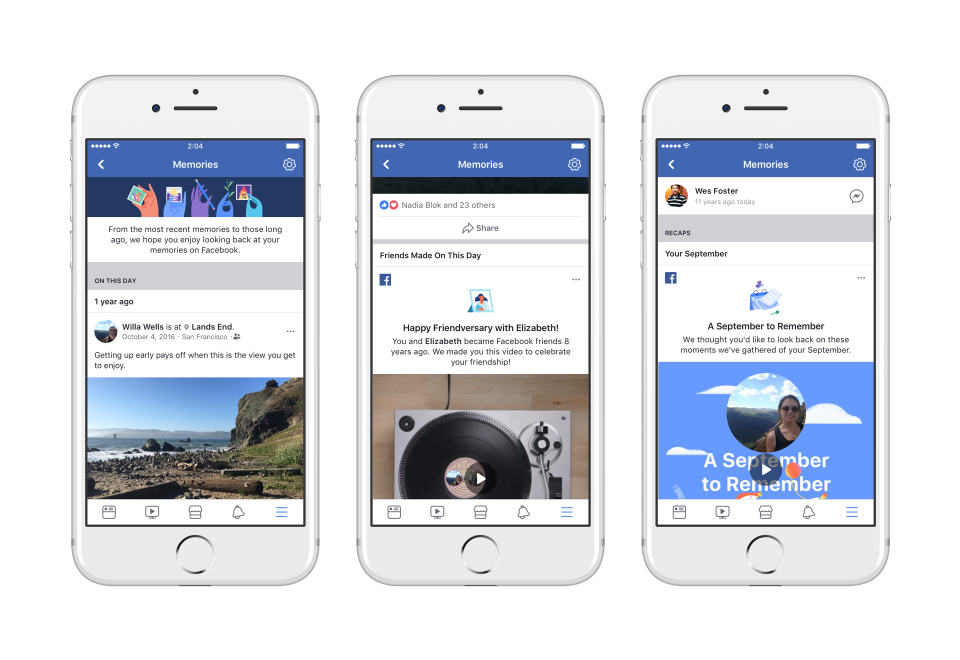 “Every day more than 90 million people use On This Day to reminisce about these moments they’ve shared on Facebook, and research suggests this kind of reflection can have a positive impact on people’s mood and overall well-being. This is why we’re updating the experience to ensure all of your memories are easy to find.”

To be clear, there’s nothing new in this section – it merely incorporates the content you’ve already shared, but it may get more people engaging with it, and discussing more of their old posts, reminiscing about the good times.

Or as Casey Newton of The Verge puts it:

You could also call this section “When You Used to Post On Facebook,” which is what it has become https://t.co/52k8fk7WLV

That’s the concern for Facebook. While the platform continues to add new users, various reports have indicated that original content sharing – people posting their own thoughts, ideas and images – has slowed significantly, with more and more people now preferring to engage within the private confines of messaging apps.

People are still posting to other platforms, and new formats like Stories are on the rise, but Facebook has seen a significant decline in popularity on the sharing front. Add the latest privacy concerns into the mix and that’s a significant concern for Zuckerberg’s social behemoth.

I mean, the concern here is relative – Facebook has 2.2 billion monthly active users, the most of any social platform by a long way. But still, less original sharing is a longer term issue. Eventually, if people stop sharing on Facebook, Facebook becomes less essential, then people stop using it. Then it becomes the next MySpace – which some would argue it’s already on its way towards.

That’s why Facebook has introduced new algorithm shifts based around amplifying person-to-person engagement, why they’re always looking for new ways to get you engaging with your friends, this time through reminiscence. It seems crazy to think Facebook could be losing momentum, given its ongoing expansion – and Facebook also, of course, owns three of the top messaging apps, so it’s not like the company more broadly is on the decline. But its main platform remains its biggest earner – it makes sense that Facebook would be concerned about the potential downturn in usage.

This is particularly relevant when you look at trends among younger users, which tend to drive broader shifts. As noted by Pew Research, Facebook has dropped from the clear number one spot for teen usage in 2015, to number four in their latest report.

Again, you can understand Facebook’s concerns – historically, it’s younger users who drive social media usage shifts. The signs here are not great for the future popularity of the platform.

It’s obviously very premature to point to the demise of the largest social platform in the world, and Facebook itself is still seeing significant usage. But measures like this new Memories dashboard show that Facebook is still concerned about these shifts, and is still working to try and address them.

Whether that becomes a bigger problem, we’ll have to wait and see.