By
Ismael El-Qudsi CEO and Co-founder

Traditionally, mass media has offered brands the opportunity to reach very large audiences, blasting their messaging out as wide as possible in order to reach the relatively few interested consumers. But the evolution of social media marketing has provided new options to reach more specific audience subsets, and more niche focus helps to fuel word of mouth marketing and recommendations from trusted sources.

And as influencer marketing strategies have evolved in-step, even more niche elements have become a focus. The next level is micro-influencers, those with close-knit communities of less than 10,000 followers, but with sufficient knowledge and expertise about a specific topic that they can speak with authority, and drive real conversation and engagement.

Despite being less known than their more prominent counterparts, micro-influencers have become a driving force behind the influencer marketing industry’s growth and development - they currently make up the largest portion of influencers and are present across multiple niches and platforms.

To better understand their perceptions about content creation, social media use and brand collaborations, we recently surveyed 1,000 global micro-influencers registered on our platform SocialPubli.com, in order to get a better idea of their process, approach and influence.

Here's what we found.

We first asked the group about sponsored posts, and the vast majority of respondents said that they believe in the products and services they promote, and often recommend what works for them personally.

84% of respondents indicated that they recommend products or services at least once a week, with 37% doing so on a daily basis. 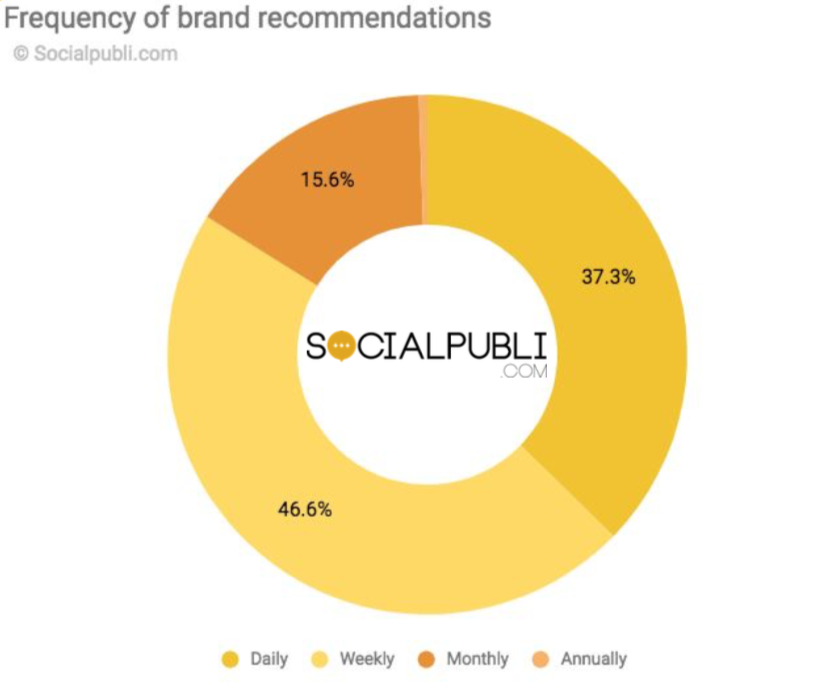 This is key for a successful marketing campaign, because credibility is influencers’ greatest asset, and by endorsing your product or service, they're automatically boosting brand trust. If they believe in the products and services they promote, it is very likely that their followers will do so as well.

Micro-influencers understand the importance of authenticity, and of nurturing their online communities with valuable content in an approachable way. These characteristics translate into an engagement that is 7x higher than the average of mid-tier, macro and mega-influencers combined. 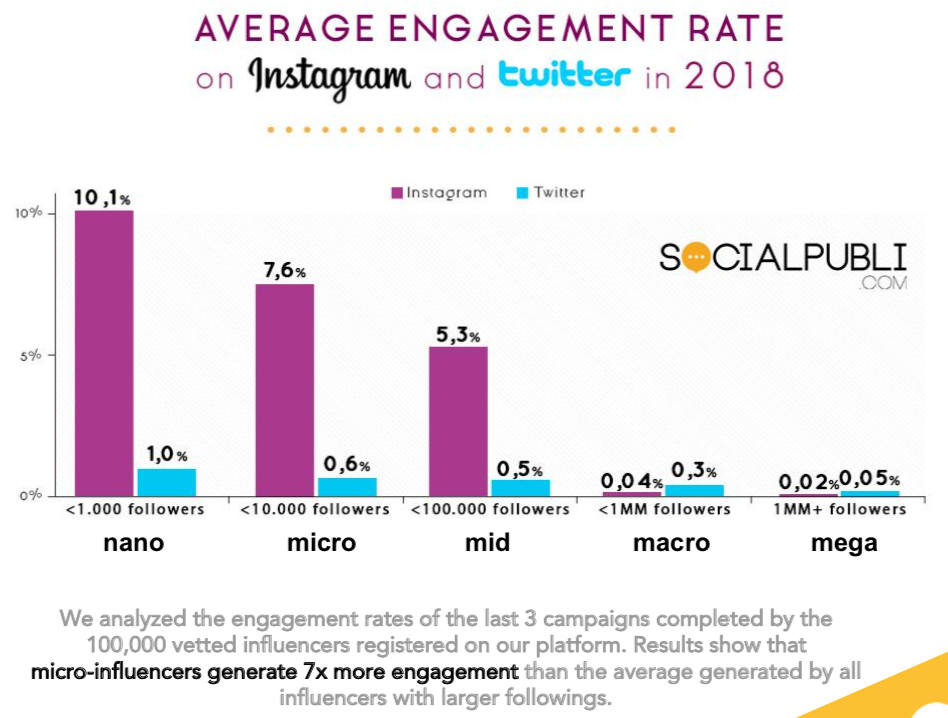 Social media is part of their daily routines, with 47.4% saying they spend more than 5 hours a day on social networks, and 32.5% between 3 and 5 hours. In terms of content creation, 77% publish content daily and almost half (48%) do it at least twice a day, which shows consistency in the publication of content and also leads to a deeper understanding of their audience. 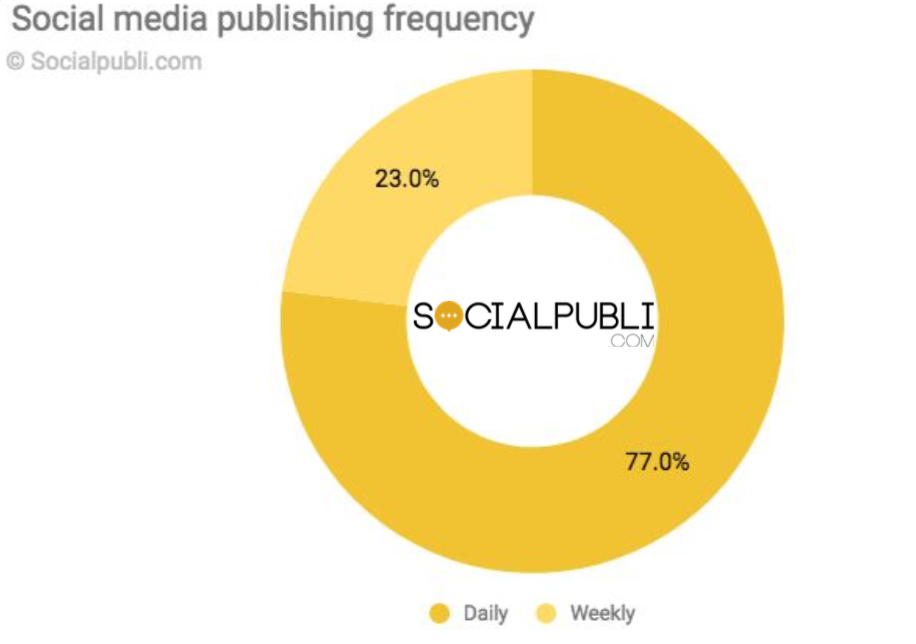 Micro-influencer campaigns, which began as a timid gamble, have become a powerful component of influencer marketing, especially among digital-native generations such as Millennials or Generation Z.

Our survey revealed that the goal of 51.6% of micro-influencers is to be full-time content creators, a figure that rises to 53.6% among Millennials and 60.7% among Generation Z respondents. 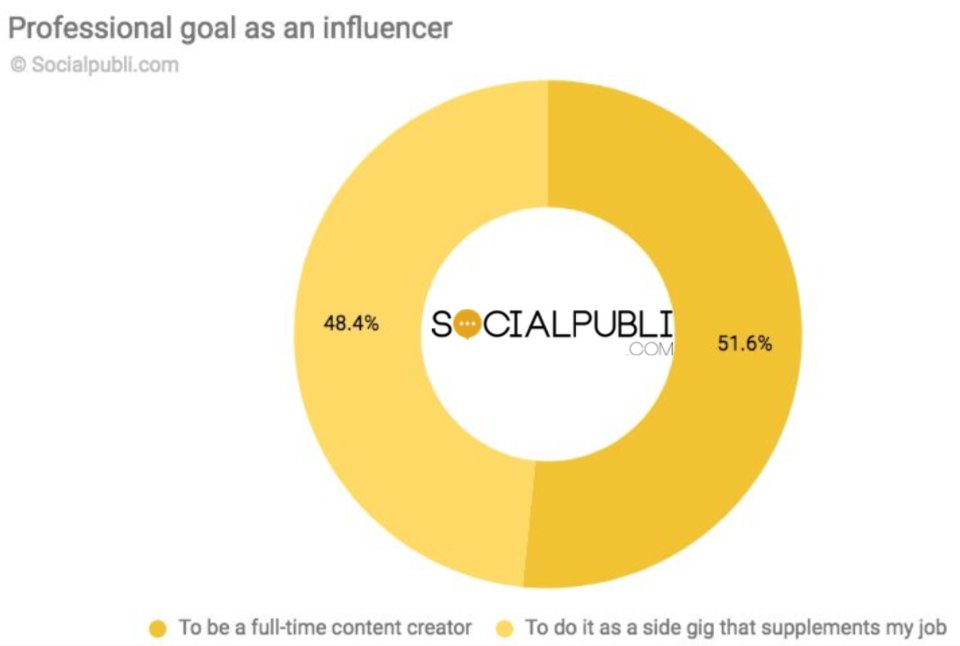 Micro-influencers, those who are in the trenches and who get to interact with consumers, big brands, small businesses, and the influencer marketing community at large, are voicing a clear desire to have a career in influencer marketing, and as such, claim their fair share in an industry that is poised to reach $10 billion by 2020.

The era of massive audiences seems to be fading, giving way to marketing approaches that are more personalized and in line with the traditional, and always-reliable concept of word-of-mouth. Brands are shifting from aiming to talk to as many people as possible via a one-way structure to a collaborative approach, which utilizes influence and co-creation of content to bring them closer to their target markets.

Micro-influencers may be the ideal partners in this, as they're both personally invested in what they do and open to advocating for what they believe in. And their ability to effectively bridge the gap between brands and consumers goes to show that popularity is not necessarily synonymous to influence after all.