As Instagram continues to grow, the platform has thus far managed to avoid many of the bullying and abuse issues faced by others - most notably Twitter.

Despite usage skewing towards younger demographics, Instagram has largely been able to stay ahead of such issues by introducing new tools to stamp them out before they’ve able to fester, including an automated filter to hide offensive comments and the ability for users to block comments which use specific words or emoji.

That hasn’t kept the platform totally insulated – there are still regular reports of Instagram bullying (with body-shaming being a particular concern) – but Instagram has continued to advance its options, helping to maintain the safety of their community.

And now the platform’s launching its latest tool on this front, with a new, automated filter aimed directly at weeding out criticisms of people’s looks.

“Last year we announced our offensive comment filter, which automatically hides toxic and divisive comments, particularly those aimed at at-risk groups. This new filter hides comments containing attacks on a person’s appearance or character, as well as threats to a person’s well-being or health. The bullying filter is on for our global community and can be disabled in the Comment Controls center in the app. The new filter will also alert us to repeated problems so we can take action.”

The new functionality is built into the existing automated filter – to switch it off, you can do so in your Instagram settings: 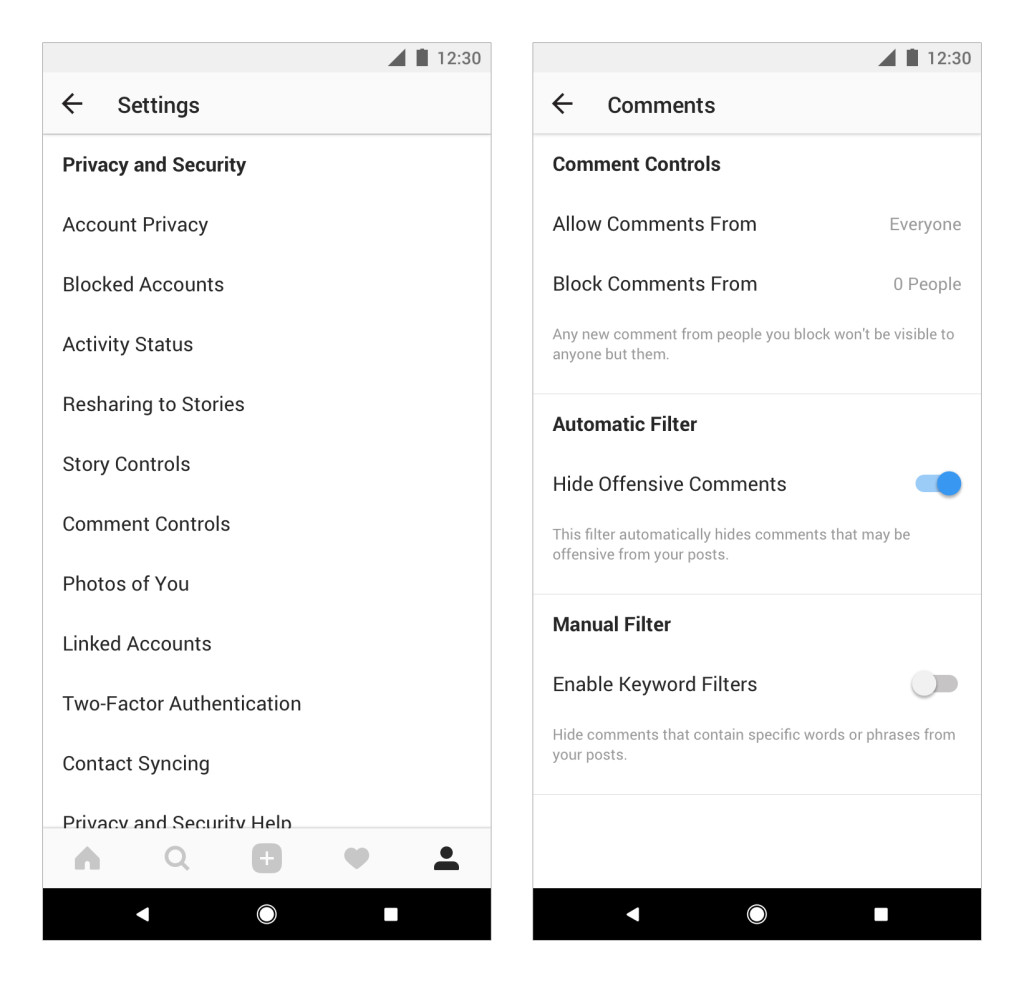 Systrom says Instagram’s also moving to improve its policies as they relate to younger users, specifically:

“Protecting our youngest community members is crucial to helping them feel comfortable to express who they are and what they care about.”

As noted, Instagram seems to have done well, overall, in the battle against anti-social behavior, but given the popularity of the app among teens, and its visual focus, it makes sense for them to keep iterating based on reports and common usage. The new tools will help provide additional protection, which will be reassuring for both users and parents alike.

The new filters are now in use – as noted, you can switch off the option within your app settings.