With Reels continuing to drive strong engagement on Instagram, the Meta-owned social app is looking to further lean into short-form video consumption, while also simplifying its broader video offering to help users and creators make the most of their content opportunities.

In line with this, Instagram has announced that it will soon shut down its separate IGTV app, while it’s also removing its in-stream video ads option. Which seems like a step back for creator monetization, but Instagram’s looking to replace this with sticker ads for Reels and other options.

Here’s a look at what’s changing on IG video.

First off, Instagram says that its separate IGTV app will be shuttered in the coming months.

“As part of our efforts to make video as simple as possible to discover and create, we will no longer be supporting our standalone app for IGTV. Instead, we will focus on having all video on the main Instagram app. We believe that this makes it easier for people to have all of these features and abilities in the main app, and are excited to continue to simplify and improve video in the main Instagram app.”

That makes sense – Instagram retired the IGTV branding back in October, as part of the broader merger of its video offerings, and with that, it seemed inevitable that the IGTV app was also on the way out. Though that also flags a shift away from long-form content in general, which has been a key revenue driver in other video apps.

Short-form content is great for engagement, but effective monetization is difficult, because you can’t insert mid or pre-roll ads into 30-second clips. That’s why YouTube has been looking to promote its own short-form video format ‘Shorts’ as a supplementary channel to help creators build their main content stream, and why TikTok has been looking to add in longer clips.

In this sense, the retirement of IGTV, and the broader shift away from longer video, seems like a backwards step for Instagram – which is further underlined by its second announcement:

So not only is Instagram moving away from longer-form content, it's removing its in-stream ads option entirely, which will reduce monetization opportunities for creators.

Which, again, runs counter to the initiatives of other video apps. Yet, at the same time, Meta has also recently launched Reels on Facebook as well, and it’s actively pushing Facebook Watch programming and in-stream video ads in that app, providing a broader video offering to Facebook users.

Maybe, that’s the bigger push here – you can build your audience with short-form video on Instagram, then monetize by herding them over to Facebook Watch, and Meta’s other video options. That then supports Instagram’s bigger push on Reels, while also feeding into Facebook’s broader video stream.

Either way, Instagram’s going all-in on Reels, and with Reels being the largest contributor to engagement growth in the app, that does make sense from a competitive standpoint.

It just seems like a backwards, or sideways, step with respect to monetization – though there is the Reels Creator Bonuses system, and Instagram’s also launching new Reels sticker ads shortly. 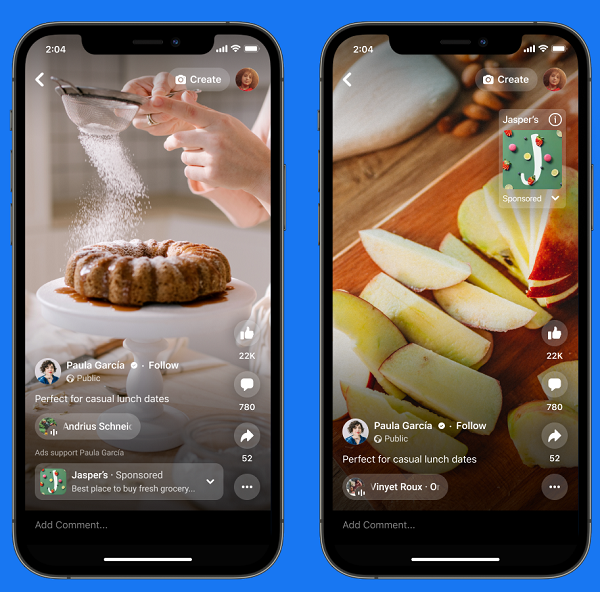 Maybe that has more potential for expansion than it may initially seem, and that could offer a better pathway to effective monetization of Instagram content in general, replacing the value of IGTV ads.

It does also seem like IGTV ads weren’t a big earner, otherwise I can’t see Instagram opting to switch them off. And as such, maybe this just simplifies its video product, and will lead to greater opportunities.

In addition to these changes, Instagram has also provided some video creation tips, in line with the trends that it’s seeing in the app.

The key message – ‘Please stop posting TikTok clips to Reels’. Instagram has made several pushes on this front, and it’s once again reminding creators that it will be doing all it can to penalize those that blatantly recycle their TikTok clips.

Because Instagram wants all the engagement, it wants its audience to increasingly rely on its app for their short-form video content needs. Including TikTok branding serves, essentially, as an ad for TikTok, and Instagram will do all that it can to keep things fresh and original in its app.

Which will be hard to do. Right now, creators can post to TikTok, YouTube or IG as their main channel, then re-post the exact same short-form clips in the other two for added monetization. Why wouldn’t they do that – why would a creator only post original content to one or the other, when the exact same consumption trends are happening in each app, and each has its own monetization pathway for top-performing clips?

Eventually, it seems like each platform will need to sweeten its respective pitch for original, exclusive content, maybe through creator deals. But right now, big-name creators are logically getting in on the short-form gold rush, by posting their clips to each app.