With live-streaming having something of a renaissance in 2020, as people look to replace their lost social interactions as best they can, Instagram has today announced two new options to help users maximize their IG Live streams.

First off, Instagram is extending the time limit for its live streams from the current 60 minutes to four hours.

"This could help people such as instructors (yoga, fitness, schoolteachers etc.) who had to pivot to virtual classes, budding musicians, artists, or activists hosting discussions with fellow peers engage with their audience with no interruption from a 60 min time limit."

Users have, in a way, been able to get around the IG Live time limits thus far by simply starting a new broadcast once the initial hour is up. That's enabled them to continue streaming, and is a technique often adopted by DJs streaming longer sets on the platform.

But now, they'll be able to broadcast uninterrupted, for 4x as long. The update also applies to all users, so everyone will be able to host IG Live sessions to catch up with friends, promote products, host events, etc.

In addition to this, Instagram is also launching a new option which will enable users to archive their IG Live broadcasts for up to 30 days, similar to the same for Stories. 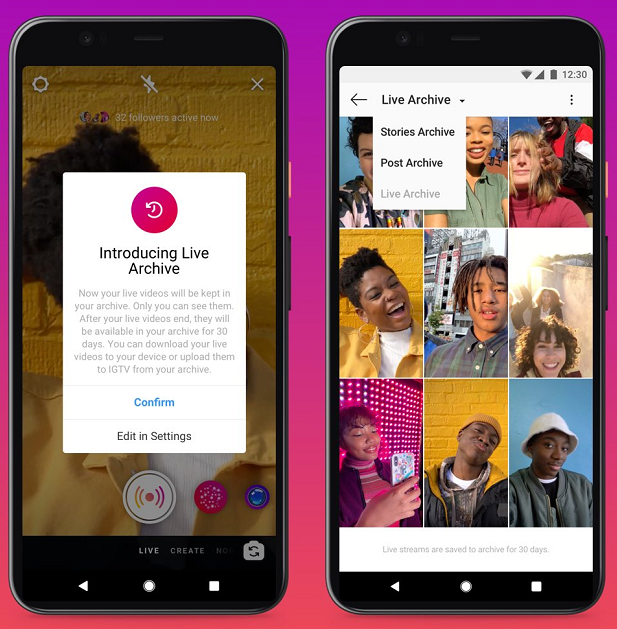 Users have long been able to download their IG Live broadcasts after the end of a stream, but when you download the content, you only get the raw video, without comments, Likes and other platform-specific detail.

Now, those features will be included on your archived stream, which will provide more options for your streamed content, and add another avenue for potential promotion, if indeed you choose to use it.

Instagram's also looking to boost live content discovery by updating it's “Live Now” section within IGTV and at the end of each live streams. 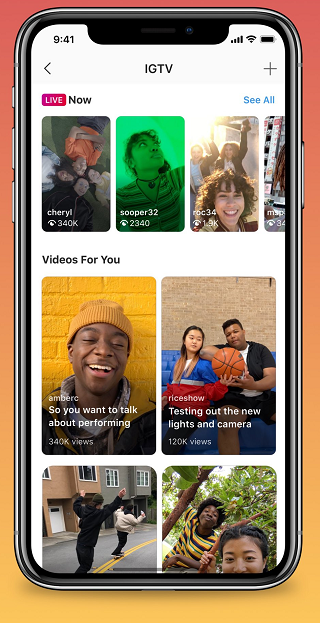 "As people increasingly relied on Live this year to engage with their communities, we want to help people discover more content that interests them from the creators they do and don’t follow."

So once people are engaging with Live content, Instagram will now look to show them other, similar streams to keep them around, which could improve your own IG Live viewership, depending on how it chooses which streams to promote.

As noted, live-streaming has seen a resurgence in 2020, which has included the rise of Zoom and branched out to other real-time connection options as a means to stay in touch during the COVID-19 lockdowns. Facebook, for example, has reported a 70% increase in Messenger group video calls, and more than double the regular demand for video calls in WhatsApp.

Instagram, too, has seen similar, which is what prompted it to fast-track the roll-out of its co-watching feature back in March, in order to meet demand for video hangouts. And now, IG Live is being expanded - which will provide a whole new consideration for your live-streams, and another means to stay in touch.