It’s been a long time coming, and a much-requested update, and today, finally, Instagram has announced that IG posts shared in tweets will appear with preview cards once again, helping to improve cross-platform sharing.

They said it would never happen… Twitter Card previews start rolling out TODAY. ???? 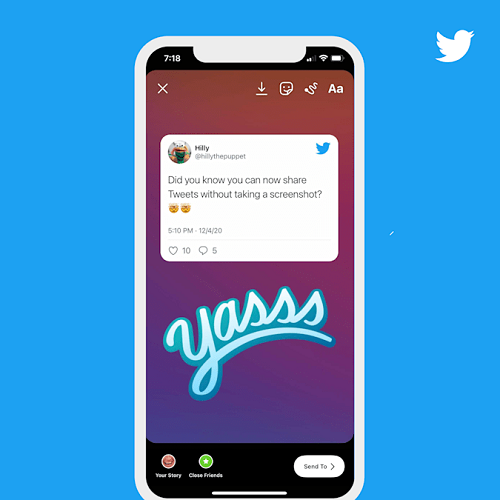 Rolling out on Android, iOS, and web.

I mean, it’s not a perfect integration between the two apps. You don’t get, say, a full-screen Instagram post image in your tweet, which would be the ultimate cross-app sharing process, but this is likely the closest you’re ever going to get – though the friendship could still extend a little further, maybe…

always better late than never! thank you @mosseri ????
and for our next tango... having shared tweets in Stories link back to Twitter? ???? https://t.co/vXeyDozrmI

Right now, while you can share tweets in Instagram Stories, they’re not tappable, due to the way that Instagram limits links in Stories - or has done thus far, till it rolled out the link sticker to all users last month. That expansion could pave the way for tappable tweet links, which would make cross platform sharing even better.

Then again, maybe that's getting greedy – right now, we should probably be happy to have IG previews return to tweets, facilitating new post sharing opportunities between the two apps.