After testing out different variations of the option, Instagram has now officially added a new listing of suggested posts at the end of your main feed, for whenever you scroll through all of the latest updates from the people and profiles that you're following. 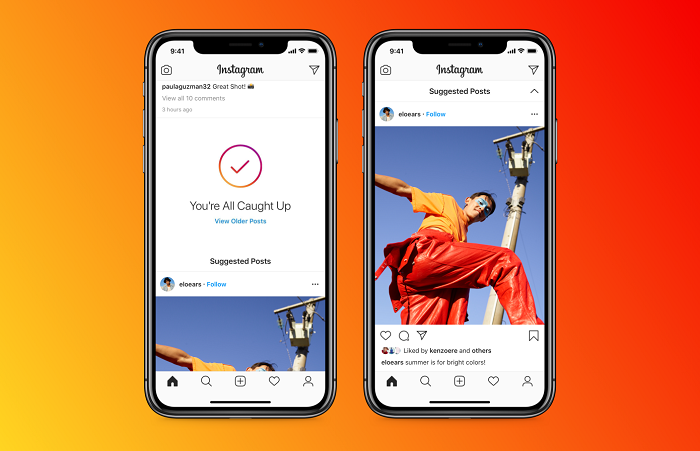 As you can see here, the new suggested feed flows on from the 'You're All Caught Up' notification, which Instagram added back in 2018. That notification aligned with Facebook's 'time well spent' approach, which focused on ensuring that users were aware of how they were spending their time in app, with the notification serving as a prompt that you don't need to keep scrolling, as you've caught up on the latest.

But if you do want to keep scrolling, now you can, and Instagram can use it as a means to show you new stuff - which could include ads.

“Our goal is to make it clear when you’re all caught up so you can decide how you want to best use your time. We see people continuing to seek out more posts they’re interested in after catching up with their feeds, so we wanted to learn from that and make it easier to go a little deeper for those who choose to do so.”

Which seems a little counter-intuitive based on the original purpose of the 'You're All Caught Up' notifier. But clearly, based on initial tests, Instagram has found it effective in generating more exposure, and keeping users engaged.

The two elements seem to conflict, but Instagram's apparently found value in this version.

As noted, Instagram has been testing versions of the option over the last couple of years, which includes a new variant spotted back in June that splits the feed into two tabs - 'Suggested' and 'Older' posts. 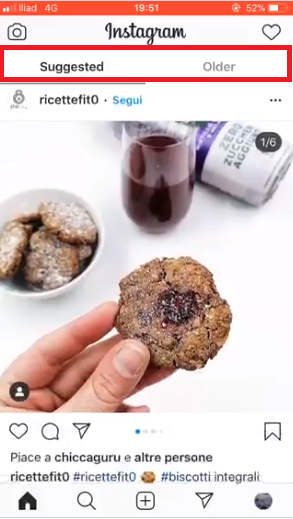 Instagram doesn't appear to have gone with this version at this stage, but you can essentially view the same by either scrolling down to view the suggested posts, or tapping on the 'View Older Posts' link on the caught up prompt.

In terms of business benefit, a key consideration here could be the capacity for Instagram to showcase product posts based on people's past searches.

As Instagram moves more towards eCommerce, and people start using the platform to browse and shop, the added recommendations here could connect more sellers with more interested buyers, by highlighting similar items and trends aligned with their past searches. Instagram has also said that it will serve ads in some of these expanded listings, providing more reach opportunities.

Some users will be opposed to the update, as they will only want to see posts from profiles they follow in their main feed, but there may be value to it, especially if Instagram can get its recommendations right.

And again, Instagram must have seen positive response in testing. It may feel a little intrusive to some, but it could be beneficial in various ways.