Instagram’s reportedly testing a new option which would enable users to add music clips to their Stories via music stickers, adding yet another functionality to their rising Stories format. 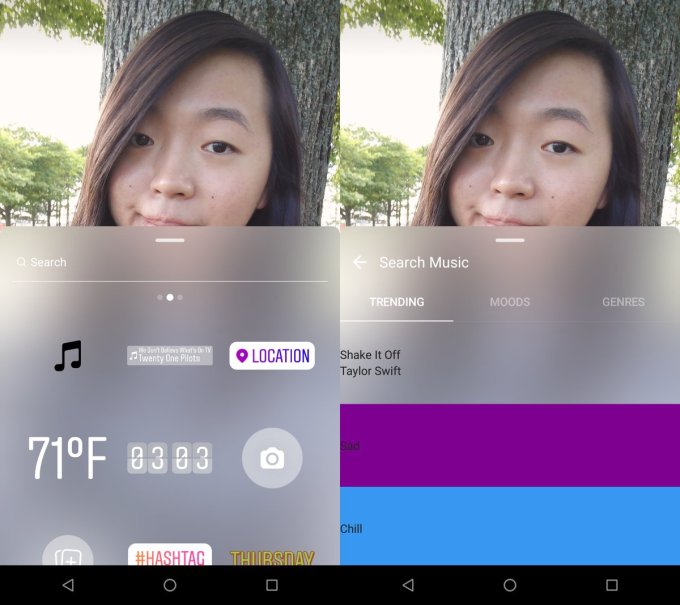 The test was first reported by user Ishan Agarwal, and expanded upon by Jane Wong. As you can see in the above image (which is likely nowhere near the final version), users would be able to add an audio sticker to their Story, which could add another, more professional element to their content. Wong notes that Instagram detected the song she was playing at the time, then added a sticker for it, which could also help improve track discovery.

It’s an interesting consideration, and one which, as noted by TechCrunch, has the potential to provide a challenge to apps like Musical.ly, which reportedly has around 60 million monthly active users.

But in considering the potential, another app seems like a more obvious template for Instagram to clone – the now-defunct Vine.

While most will remember Vine for its quick comedy clips, what you might forget is that the platform also helped boost the careers of many musicians, with clips of their songs gaining traction on the site through remixes and variations.

Creating your own variation of song snippets became one of the most popular uses of the app - to the point that Vine actually built-in functionality to facilitate a ‘Remix’ when you saw a clip using audio you liked, while they also added a feature which let you search for Vines that used the same audio track.

Given the popularity of the function, and the demise of Vine, it makes a lot of sense to see Instagram now looking to facilitate similar - though their advanced version would be powered by Facebook’s new deals with music publishers, which could enable Instagram to add in more options, and promote wider sharing, free of copyright concerns.

But however the functionality ends up working when announced, it’ll be another addition to Instagram’s Stories toolkit – and Instagram’s certainly not easing up on the release of new features.

As a quick reminder, in the last three months alone, Instagram has announced:

In addition to this, they’re also reportedly testing:

All of those apply more pressure to Snap Inc., which just announced a less than impressive Q1 earnings report. With Facebook viewing Stories as the future of social sharing, and putting more focus on their Stories options, it certainly puts a dampener on Snap’s future potential.

As yet, Instagram hasn’t confirmed the music stickers option, but as noted, it would make sense, adding a new opportunity for viral content, while also utilizing Facebook’s fresh licensing deals - within which they specifically emphasized creating ‘new music-based experiences’ within their apps.

And those opportunities could also allow for expanded brand exposure.

We’ll keep you updated on any progress on these new Instagram features.