LinkedIn has given its platform a new, fresh update, while it's also announced the global rollout of LinkedIn Stories after trying it out in selected nations over the past five months.

First off, on LinkedIn's new look - as you can see in this screenshot, the new LinkedIn looks brighter, with a pastel-type color scheme on a gray and white background - and less blue overall. 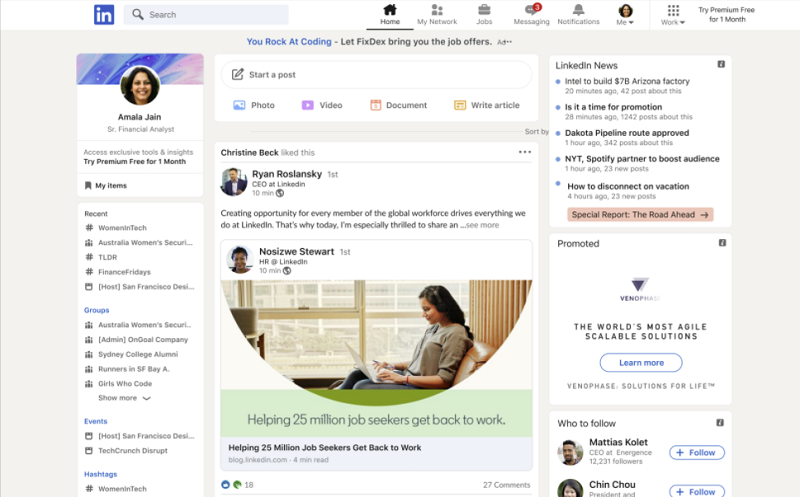 "Two years ago, our brand evolved to better reflect LinkedIn’s community of members and organizations that come together to help, support, and inspire one another. Now, we’re bringing the next chapter of this brand evolution to life across our platform with an entirely new look and feel that embodies our diverse, inclusive, warm and welcoming community."

The update is mostly aesthetic, but LinkedIn's also added a range of new features and tweaks to coincide with the new format.

The main addition is the global rollout of LinkedIn Stories. 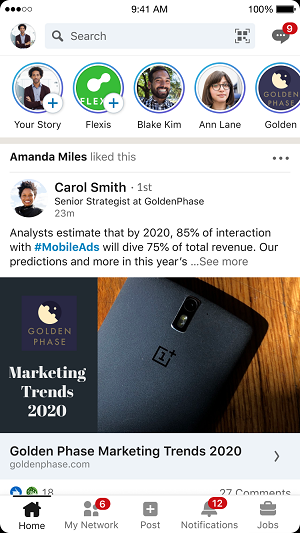 As noted, LinkedIn has been testing Stories over the last few months, with users in Brazil, the Netherlands, Australia, UAE and France able to access to option. The roll-out of LinkedIn Stories seemed to slow of late, with Australia being the last region to get access back in June, but according to LinkedIn, user reception for Stories has been 'amazing to see'.

Now, everyone will be able to try it out - and while it hasn't become a major function of note as yet, the broader audience could give Stories a boost. Stories will be rolling out to Canadian and US users from this week, with all other regions to come shortly.

Along with the roll-out of Stories, LinkedIn's also revamped its search process to incorporate more of its functions into your search matches.

"Before, search was about finding people or jobs but now, you’ll have one blended search experience to easily find jobs, people, courses, groups, content and more. For example, if you’re searching for “Java,” you’ll see what’s new to learn that skill, jobs that are being hired for, relevant groups to join so you can connect with others and people you might know who have Java as a skill." 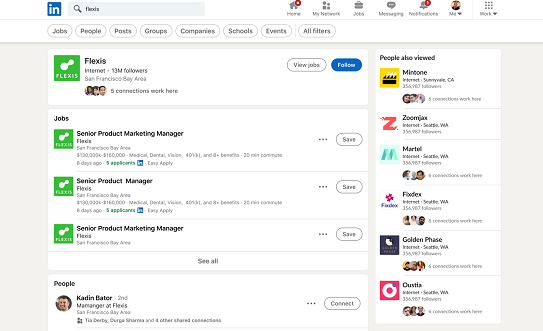 LinkedIn's also making searches more personalized, with results from your connections more likely to show up, and it's added keyword filters on mobile, which, up till now, has only been available n the web version.

LinkedIn's also incorporating the capability to launch a video meeting via a LinkedIn message, with integrations for Microsoft Teams, Bluejeans and Zoom.

It's also adding some other new messaging tricks, like editing functionality for sent messages:

"If you make a mistake in a message, you can now edit/delete a sent message."

There's also a new bulk actions option in your message stream, so you can delete or archive your messages all at once, and new reactions within message threads.

Quick reactions to messages has become a fairly common functionality, so it makes sense to LinkedIn to add it in, aligning with general usage trends.

These are some interesting functions and tools, which add to the ways in which you can connect and communicate on the platform. And the new look does add something different, maybe removing some of the corporate stuffiness that's lingered on the platform and giving it a new sense of life.

LinkedIn's rolling out these new features from today, so if you're not seeing them yet, you will soon.