LinkedIn has this week published its latest Transparency Report, which outlines its efforts to remove spam and fake accounts, along with actions taken based on user reports and government information requests.

First off, on fake accounts - LinkedIn says that its automated defenses blocked 98% of all the fake accounts that it either prevented or took down on its platform in the first half of 2019. 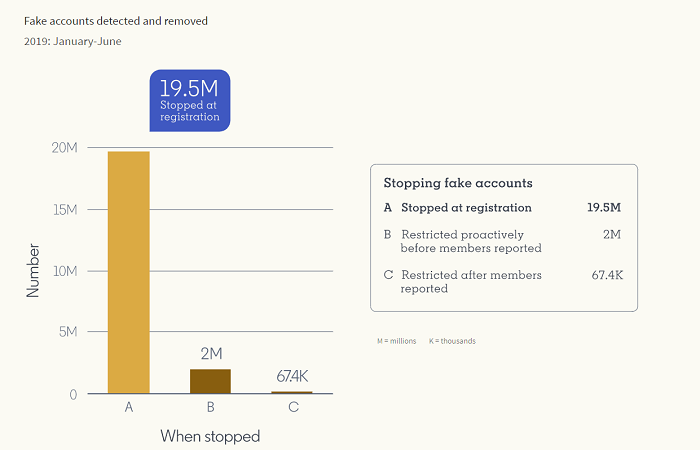 As you can see here, LinkedIn has detected and removed some 22 million fake accounts, in total, over those first six months - which is a far cry from the whopping 5.4 billion fake accounts that Facebook has removed thus far in 2019. Of course, scale is a factor in this - LinkedIn currently has 660 million members worldwide, while Facebook has 2.4 billion MAU, a significant difference.

It may also not seem like fake accounts on LinkedIn are as significant an issue, but various reports in recent times have shown that state-backed groups are using fake LinkedIn profiles in an attempt to infiltrate and manipulate political movements. In December 2017, German intelligence officials warned that Chinese agents were using fake LinkedIn profiles to target German government employees, while Russian agents have also reportedly used LinkedIn to "gather personal information on certain targets and possibly recruit and blackmail them", according to Newsweek.

Indeed, fake accounts are an issue on all platforms, and while the above listing doesn't definitively show that LinkedIn is removing all of the fakes on its platform, it does suggest that its detection systems are improving, and stopping more fakes from making it through.

Various reports have suggested, however, that LinkedIn's fake profile problems have worsened in recent times.

On the spam front, LinkedIn says that its automated defenses stopped 99.8% of known spam, with its teams manually removing the rest. 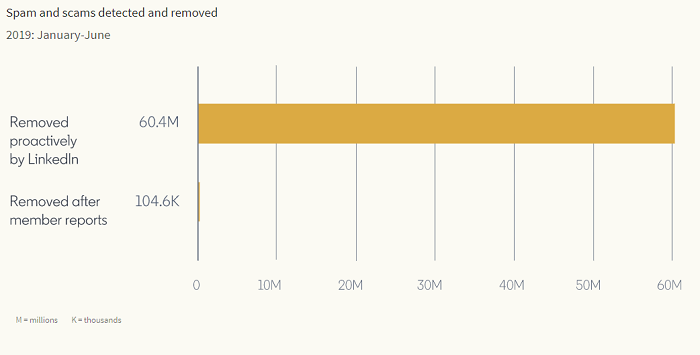 Spam, of course, is a relative term - what may be spam to you may not be to someone else, so it's difficult to say what impact such efforts actually have. Still, by LinkedIn's definition of 'spam and scams', its systems are removing the majority of clear violations.

LinkedIn has also provided an overview of its enforcement efforts related to platform rules harassment, hate speech and offensive content. 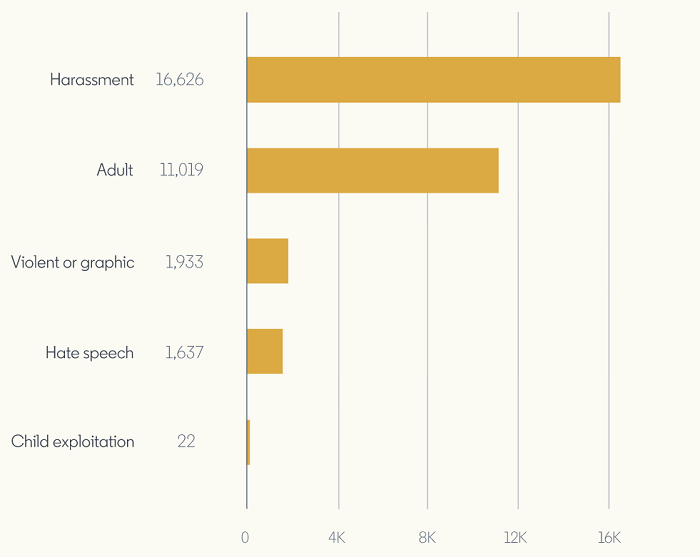 While LinkedIn has also reported seeing a significant jump in government data requests of late. 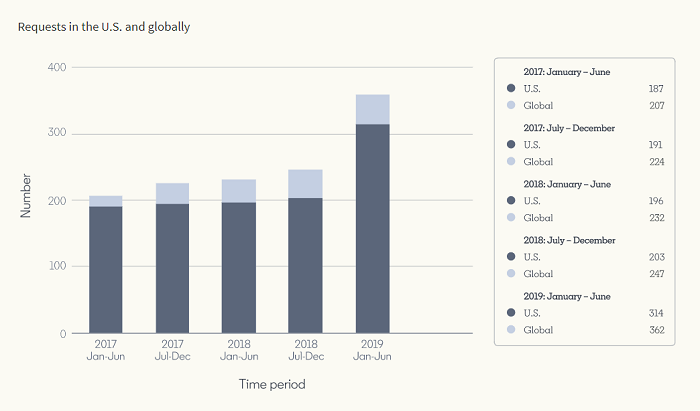 Facebook actually reported similar in its recent transparency update, with a 16% increase in government data requests in the first half of 2019.

Overall, it would appear that LinkedIn's automated detection processes are improving, and that it's detecting and removing more concerning content and profiles. But the data is also dependent on the issues that have been detected - this is the first time LinkedIn has reported each element in specific detail, so we don't have comparative figures over time, and LinkedIn hasn't included any information on whether user reports have reduced over time, which would provide some measure of progress.

But on face value, these numbers give us some guidance on LinkedIn's efforts - as well as the increased interest of government-affiliated groups in social media conversations.