LinkedIn has published its latest Transparency Report, covering the period between January and June 2021, which outlines all of the content and account violations it detected and actioned in the period, along with government requests for information and more.

LinkedIn’s transparency reports highlight key usage trends, particularly in relation to topics being discussed in the app, as well as changes in the way that scammers and spammers are seeking to target users over time. And with LinkedIn usage rising, it’s worth noting these shifts.

First off, in terms of fake accounts, LinkedIn says that there’s been no increase in fake account prevalence, as detected by its systems. 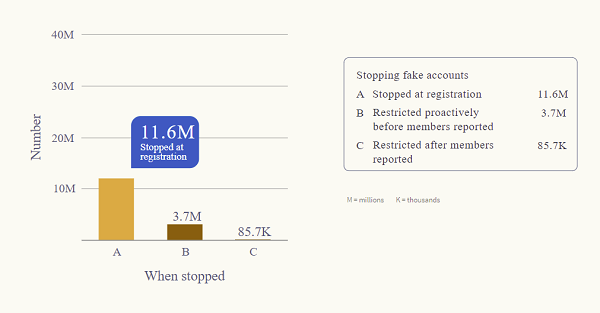 LinkedIn reported 11.6 million detections at the registration stage in the preceding period as well, though it has seen a slight rise in the amount of fake profiles restricted proactively over time.

It’s difficult to say, definitively, how well LinkedIn is doing on this front, as it can only report on the accounts that it detects, so there’s no true percentage of fake profiles in the app. If LinkedIn doesn’t know about them, it can’t report on such, so it’s not entirely clear what impact its efforts are having on this element, overall, but the numbers have remained steady, which shows that LinkedIn’s detection systems are catching out many attempts to scam users with fake profiles.

In terms of spam and scam activity, LinkedIn saw a decline in the period, dropping from 91.9 million removals in the preceding quarter to 66.1 million. LinkedIn has actually seen this number declining over the last two years – though interesting to note that LinkedIn has also included an update which explains that:

Not sure what the error was there, but seems like a fairly significant discrepancy.

Also notable: Misinformation removals are on the rise. 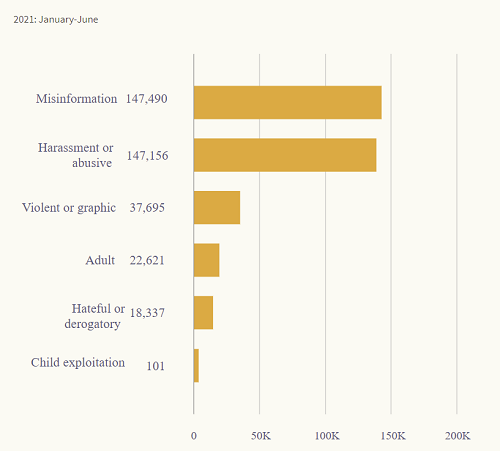 Over the past three reporting periods, LinkedIn removed 23k posts for misinformation (Jan-Jun 2020), then 111k in the last report, up to 147k now. Violent/graphic content removals have also increased over time, and in both cases, that could simply reflect increasing usage of the app, and more people posting more often, while approaches to misinformation, particularly around COVID-19, have also shifted a lot in that time.

But it is interesting to note the trends, and consider their implications in the broader scope of what people are sharing to LinkedIn, and how LinkedIn is enforcing such.

Harassment and abusive content removals declined slightly in the period.

In terms of Government requests, LinkedIn also saw a rise in the period. 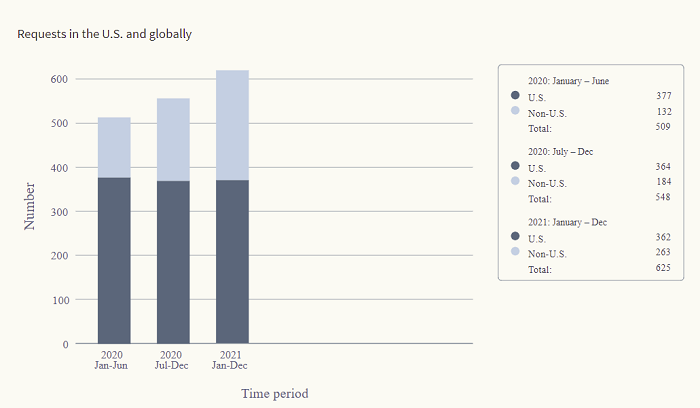 Though I suspect that’s supposed to be Jan-Jun 2021, in line with previous reporting periods.

The US submitted the most Government removal requests, which mostly relates to search warrants and subpoenas, followed by Germany, France and India.

Interestingly, China only submitted five requests in the period. Back in October, LinkedIn shut down its main platform in China due to ongoing challenges in dealing with local compliance requirements in the region.

There are some interesting trend insights here, relating to the ever-shifting regulatory changes and approaches that influence the broader social media landscape. For LinkedIn, which is steadily rising in usage as various regions look to get back on track, it’s interesting to note the broadening scope of user reports and issues, and how that reflects the expanded usage of the platform for a wider range of purposes.

Maintaining user safety is a challenge for all platforms, and going on this report, it does seem that LinkedIn’s systems are keeping pace with usage trends, for the most part. But fake accounts and violations remain a problem, and an ongoing challenge for the platform to contend with.

You can read LinkedIn’s full Transparency Report for January to June 2021 here.