Last month, we reported that LinkedIn was considering adding in new response emojis to its post Reaction set after user Omar Abedin made a request for such to then LinkedIn CEO Jeff Weiner. 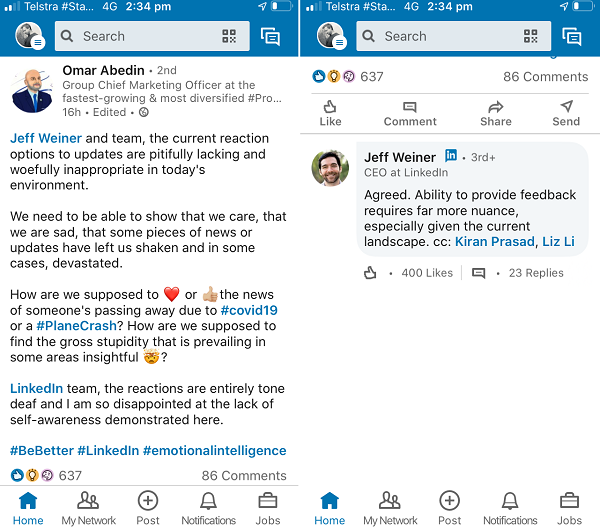 It seems than Weiner did indeed get this moving - today, reverse engineering expert Jane Manchun Wong has shared this screenshot of a new LinkedIn 'Support' Reaction in testing. 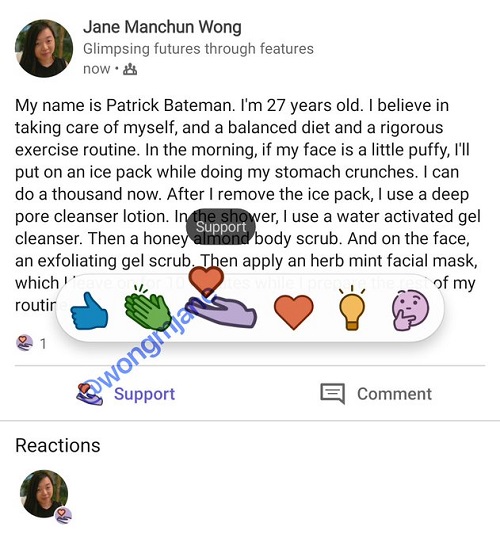 As you can see, the 'Support' Reaction - represented by hands holding a heart - would be added to the existing five LinkedIn post Reactions which the platform launched last August. That would give users another way to quickly respond to posts, with, as noted, a specific focus on news stories relates to COVID-19.

It's pretty much the same approach that Facebook has taken in introducing its 'Care' Reaction, responding to user need to be able to express themselves beyond the existing set. The change also underlines the popularity of Reactions as a response tool (LinkedIn wouldn't bother allocating resources if no one was using them), which is why we've seen similar quick response options popping up on several other social platforms as well.

Reactions, it seems, have become habitual for many, so it makes sense to see LinkedIn looking to refine its options. But it is interesting to note how that's evolved from a simple user request.

I mean, Jeff Weiner isn't the CEO anymore, and maybe you won't get the same response from Ryan Roslansky. But it does show that, in among the many requests thrown at them each day, the platform leaders are listening. Sometimes at least.

There's no word on any official roll-out, but you can expect LinkedIn to launch the new Reaction soon.