What can you really communicate in a 6-second video ad?

These days, a lot - as per a new study conducted MAGNA Global, in association with IPG Media Lab, and Snap Inc., as video consumption habits evolve, shorter ads are now proving increasingly effective.

The study analyzed the responses of more than 7,700 respondents across a range of video campaigns in order to determine ad recall, brand favorability, purchase intent and more.

"In the early days of short video ads, they were primarily effective at generating awareness and less so when it comes to persuasiveness. Today, however, both short and long video ads have the ability to impact metrics across the purchase funnel. The change can be attributed to the rise of short form premium content, creative tailored for short form viewing, and advertisers simply getting better at communicating in short ads."

As users become more accustomed to short-form content overall - through the popularity of Snaps, Stories, and now TikTok clips - that means that video messaging is also now increasingly effective in condensed form, as viewers are more accustomed to this type of viewing.

And that could change your approach to video marketing. Here's a look at the key findings:

The main point, as noted, is that shorter video ads are now on par with longer video promotions in terms of effectiveness.

"While shorter video ads are often leveraged to drive awareness, today they can be just as persuasive as their traditional counterpart – the :15 second ad. Controlling for brand, :06 and :15 second ads drove nearly identical lifts in both brand preference (+9% and +10% respectively) and purchase intent (+5% and +4% respectively)." 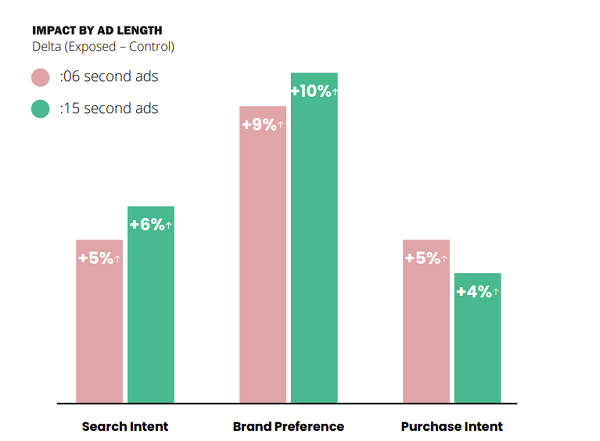 It's obviously much harder to condense your messaging into a 6-second ad slot, as opposed to a longer 15-second space (or a traditional 30-second TV ad spot), but with consumer behavior changing, it makes sense that shorter, more impactful messaging is now resonating.

The growth of TikTok is particularly relevant in this sense. Now, users are so used to watching quick, 15-second clips, that a 15-second ad can feel long and drawn out, because it's the same length as the main content itself.

That's also among the study's findings - now, 15-second ads can start to feel instrusive for viewers. 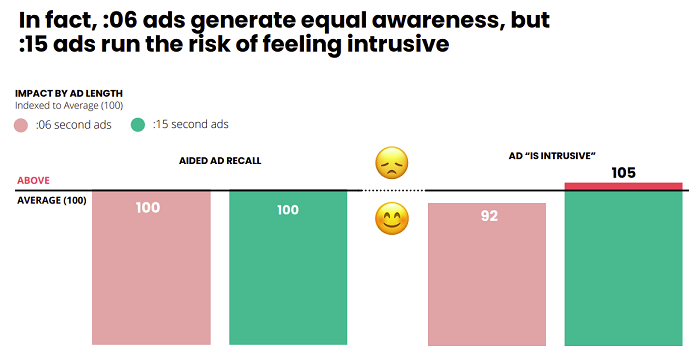 So even 15-seconds can now be too much, which is why brands need to be looking to simplify their messaging, and make an impact within just a few seconds.

Given Snapchat's involvement in the report, the app itself is obviously a key focus, with specific insights relating to Snap's ad options and how to maximize their impact.

The study found that both 15-second and 6-second ads are memorable on Snap, but the longer variation holds more value in terms of recall. 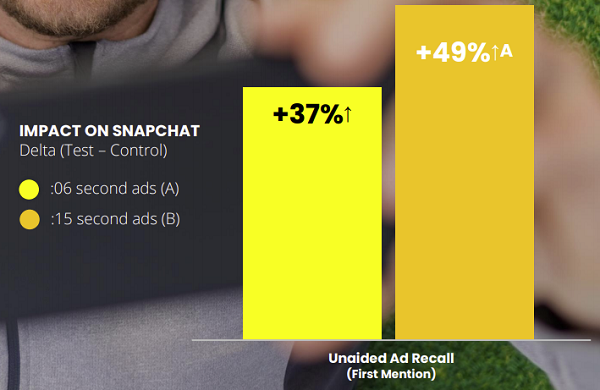 "On Snapchat, :15 second ads benefited from low skipping, allowing them to be more memorable. However, :06 ads were able to quickly get their point across to maximize persuasion. Regardless of length, the full screen vertical ads on Snapchat drove more than 2x the lift in awareness than the other platforms tested."

I mean, it's a Snapchat study, so it's not surprising that it's looking to highlight the effectiveness of Snap ads, but the point does raise some relevant considerations for your Snap campaigns, dependent on your focus goals and approach.

The study also found that users are less likely to skip 15-second ads on Snapchat than they are in other video apps. 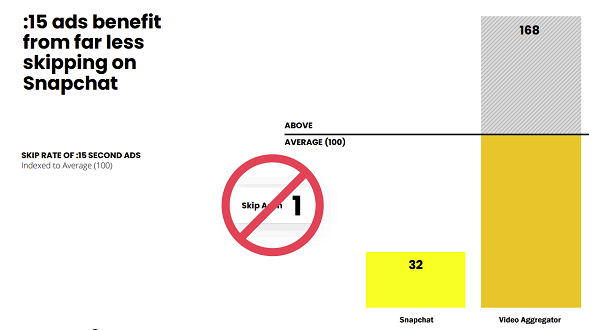 Most people, I would imagine, do skip 15-second ads where they can, but the data shows that Snap users are less inclined to do so, which could relate to the relevance of Snapchat ads, the quality, or just different user behaviors.

But the study also found that even with 15-second ads being more welcome on Snap, shorter promotions were better in some elements. 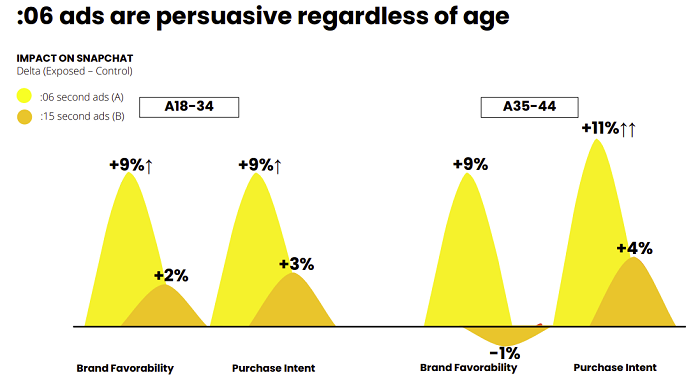 ​The study also found that 6-second ads were significantly more memorable on longer video platforms, where 15-second ads are more likely to be skipped, while they also drove higher purchase intent.

The overall story of the data is fairly clear - users now prefer shorter video ads, and brands need to get better at making them in order to maximize effectiveness.

That won't be true across the board, and ideally, if budget weren't a constraint, you'd run a variety of different video promotions and target them at different stages of your purchase journey. But the insights show that shorter ads are becoming more effective, more welcome, and can be just as effective in driving response.

Some interesting considerations for your 2021 planning - you can check out the full study here.