Good news for Gmail users on iOS - Google is rolling out an update which will enable you to see all your emails from your connected inboxes on a single screen. 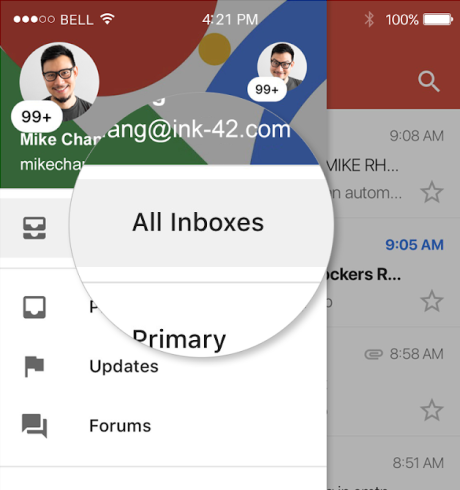 That might seem somewhat confusing to Android users - you've been able to do the same in Android since 2015. But not in iOS. You have, of course, always been able to switch between accounts, but now, as you can see in the above image, you'll be able to tap on the 'All inboxes' option to check your emails from your various addresses.

As noted by Venture Beat, Google has also underlined that this doesn’t pass individual emails between your various accounts - they are visible to you and you only. So now, when you're looking to get an update, no need to tap into your other inbox.

The update is being rolled out to all iOS users from this week.