While the usual street parades have been canceled, Pinterest is looking to help its users celebrate Pride Month with a couple of themed additions, while also sharing stats on key usage trends around the event.

"During this month, when users search for “Pride” on Pinterest, they will see the suggested searches in all the colors of the rainbow. This experience is available in six languages (English, French, German, Spanish, Portuguese and Italian) for all users accessing from desktop, iOS and Android devices." 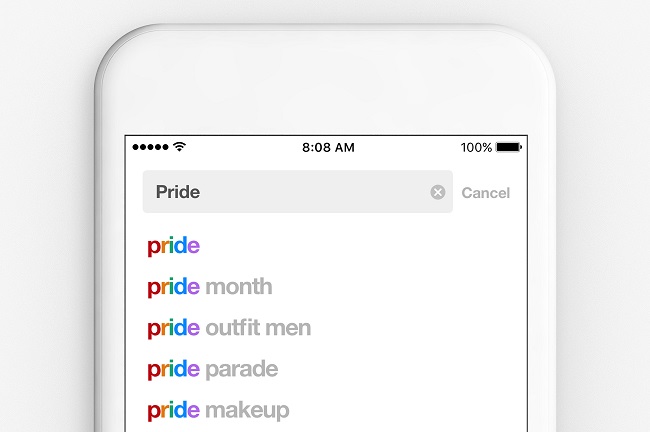 Pinterest added the same last year, while this time around, it's also adding a new 'festive background' below the search bar with additional search recommendations.

In addition to this, Pinterest has also provided some new stats on Pride-related searches, and how they've been impacted by COVID-19.

"Searches for “transgender transition” began to increase in May ‘18 and reached their peak in August of last year. Searches then started to rise again during the pandemic, as we have noticed many Pinners have been exploring themselves during this time. There have been hundreds of thousands of searches for “transgender transition” and since April of last year, searches have increased 70%." 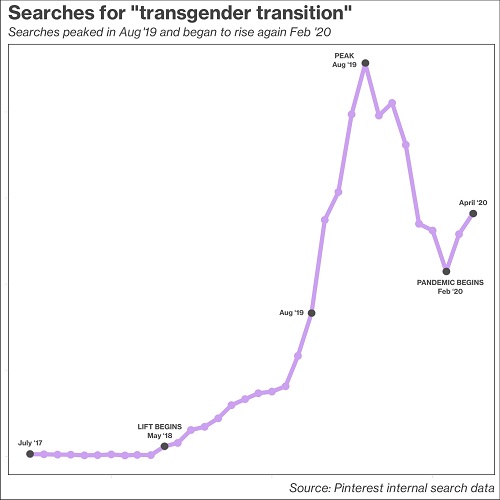 Pinterest has also seen a lot of interest in drag make-up, with searches increasing by 77% over the last year, with a particular focus during Pride Month. 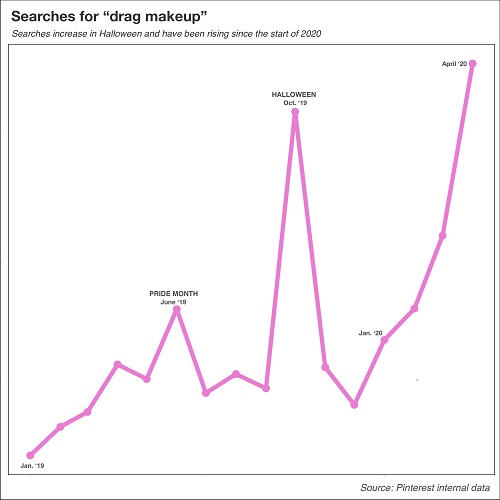 The trend data shows that Pinterest is a key destination for the LGBTQ community, which could be an important note for those brands looking to appeal to audiences looking to engage with Pride events.