It can be a scary place for advertisers, but Reddit, with its 330 million monthly active users, is making a big push to boost its revenue potential, this time with the addition of native video ads, which will autoplay in feeds. 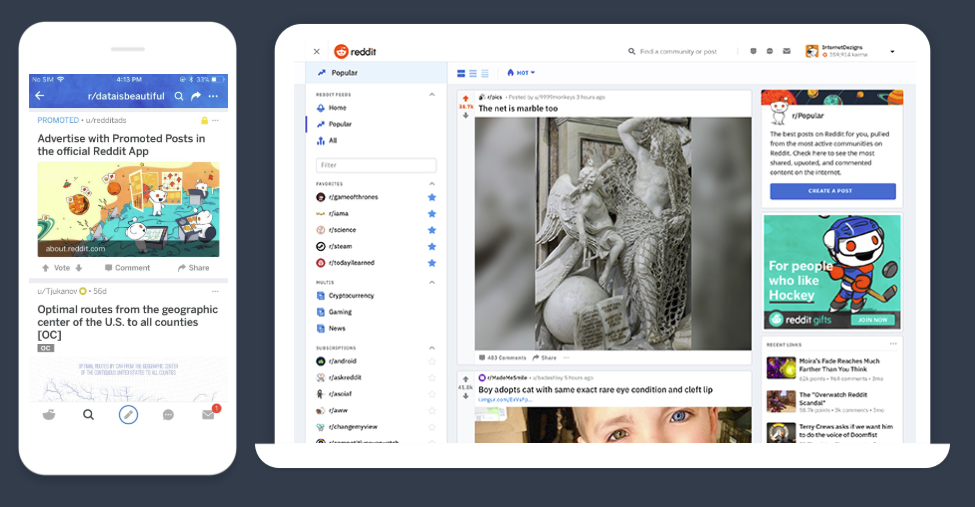 “We first launched Reddit video hosting in August 2017, and since then it’s become core to the Reddit experience.  Almost a year after launch, it’s now the dominant way people are viewing and posting video content (Reddit users have a natural affinity for organic native video) - and that presents a huge opportunity for advertisers.”

Indeed, like most social platforms, Reddit is seeing great response to video content, and the addition of native video ads makes sense. User uploaded videos already autoplay in-stream within the app, so the addition of video ads likely won’t be too intrusive (crucial for Reddit advertisers), while the response rates for video content on the platform underline the potential opportunity.

Really, video is a perfect fit for Reddit, and utilizing their native video in this way will no doubt help advertisers create more resonant campaigns. In testing, Reddit says that engagement with native video ads “lifts up to 5x when compared to non-video campaigns”.

But as noted, Reddit can be a little scary for advertisers, with the Reddit community notoriously intolerant of blatant ads. It can be a difficult platform to break into, but it may well be worth it – at 330 million MAU, Reddit now has more users than Pinterest, Snapchat and LinkedIn, all of which get far more marketing focus, while it’s also very close to Twitter (currently at 336m MAU).

What’s more, Reddit communities are highly focused, and passionate about their subjects of choice.

It takes work, you have to invest time into learning the platform in order to maximize your results. But Reddit likely offers more opportunity than you’d think - and native video ads will further add to that potential.

Reddit’s video ads are rolling out now, and will be available to all advertisers over the course of the Summer. You can find more information here.