This is either genius or hideous, I can’t decide.

So, you know NFTs? Those cartoonish avatar profile pictures that Web3 folk love to get embroidered into their backwards hats? Well, Reddit’s seen the NFT hype and it’s gone: ‘You know what, we could do this? We could make our own Reddit NFTs, but build them into the platform itself’.

As I say, possibly genius. Maybe not.

Either way, today, Reddit is launching a new series of Collectible Avatars, which are essentially artist reimaginings of its Snoo brand character, which users can buy to then use in the app. 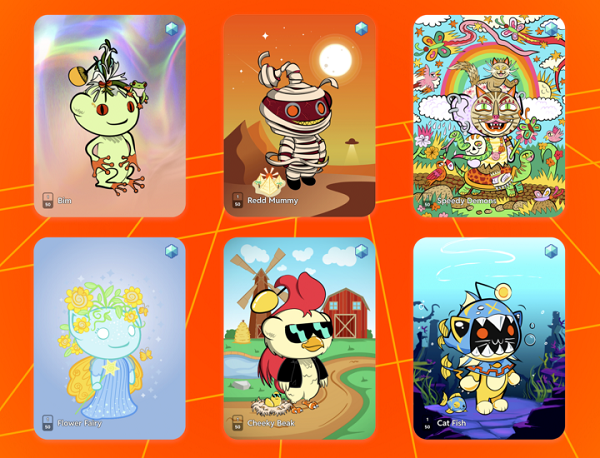 “Collectible Avatars are limited-edition avatars made by independent artists, in partnership with Reddit, and provide owners with unique benefits on the Reddit platform. If someone sets their Collectible Avatar as their avatar on Reddit, they can mix-and-match the avatar gear with other Reddit avatar gear and accessories, and their profile image in comments sections will have a glow-like effect.”

So NFT profile pics, with added ‘functionality’, which is not really a major selling point. But maybe, Redditors will be keen to buy in, and display their unique personality in avatar form.

Aside from being able to flex your custom Snoo, Reddit avatars also enable you to support artists, with the originating creators paid a portion of the cost of each Collectible Avatar sold.

Collectible Avatars are also logged on the blockchain, which gives owners the rights to use their unique image both on and off Reddit.

If you want to. I can’t imagine that many users would be so attached to Reddit that they want to use their Snoo avatar in other apps, but if you’ve built a reputation and presence due to Reddit, that could be a way to maximize recognition.

So, how much would you expect to pay for your Reddit NFT PFP?

Here’s another way that they differ from the NFT model:

“Each avatar has been priced at a fixed amount and is purchasable with fiat (government-issued) currencies.”

So you don’t have to become an expert in market dynamics to understand how much you actually have to pay, while you still get the universal ownership log that comes with blockchain tracking.

“Collectible Avatars are currently stored on Polygon, a general-purpose, Ethereum-compatible blockchain. We chose Polygon for its low cost transactions and sustainability commitments.”

Ethereum ‘compatible’, not ‘based’, which is handy given the current downturn in crypto markets.

Reddit hasn’t provided specific details on the costs of each image, but going on is shared example here, it looks like the prices will range from $9.99 to $74.99, depending on the design. 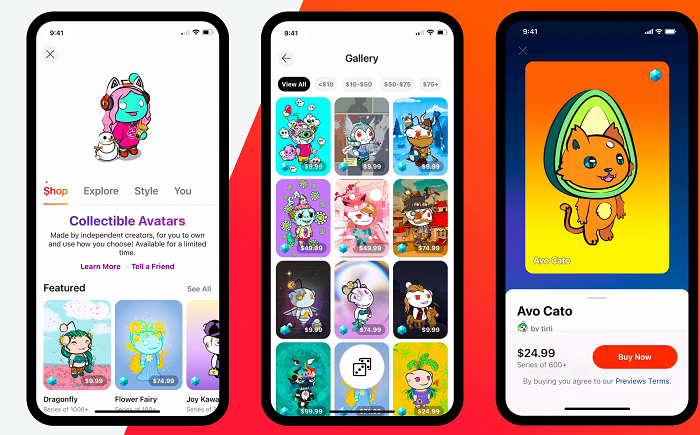 So, will it work? Will Redditors be keen to get in on the NFT trend in their own unique way?

Going on the general criticism of NFTs in the app, it doesn’t seem like it’ll be a big hit.

Reddit reported back in April that NFT-related discussion has increased more than 400% over the past year, so there’s a lot of discussion about the option in subreddit communities. But I would question exactly how much of that chatter is positive, and how much is people hating on the NFT community.

One way or another, however, Reddit is keen to explore what’s possible with Web3-aligned tools.

“In the future, we see blockchain as one way to bring more empowerment and independence to communities on Reddit. Reddit has always been a model for what decentralization could look like online; our communities are self-built and run, and as part of our mission to better empower our communities, we are exploring tools to help them be even more self-sustaining and self-governed.”

So whether Redditors like it or not, it seems like we’ll see more of these types of options in future - which, again, could be good. Could be lambasted.

Collectible Avatars will be available to all Reddit users in the coming weeks, but you can get a first-look at the initial artworks by joining the r/CollectibleAvatars community. Spaces are limited, but the avatars themselves will essentially look like the screenshots in this post.

Eventually, users will be able to purchase Collectible Avatars where they normally build avatars on Reddit, using local currencies.