Back in June, Reddit announced a major shift in its approach to tackling hate speech, which, at that time, saw it immediately ban over 2,000 subreddits that had long skirted the platform's rules.

This week, Reddit has provided an update on those actions, which it says have seen it reduce overall instances of hateful comments on the platform by 18%. 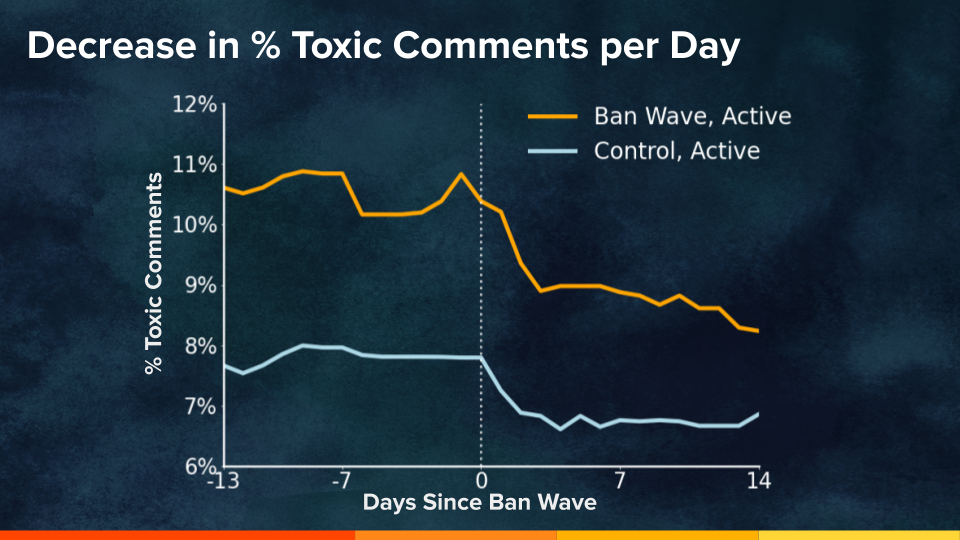 "Since rolling out our new policies on June 29, we have banned nearly 7k subreddits (including ban evading subreddits) under our new policy. [...] At this point, we don’t have a complete story on the long term impact of these subreddit bans, however, we have started trying to quantify the impact on user behavior. What we saw is an 18% reduction in users posting hateful content as compared to the two weeks prior to the ban wave."

The 'ban wave' being the date of the initial launch of the platform's new hate speech approach.

Of the banned subreddits, Reddit says that the majority of them fell into three categories:

The banned subreddits were viewed by approximately 365k users each day prior to their removal. Now, they've been cut out entirely, which has clearly had beneficial results in terms of overall platform health.

On one hand, this represents a major shift, a maturing of sorts for the platform - but it is also worth noting that it's not all due the 'greater good'. Another motivating factor for Reddit is money - Reddit also wants to clean up its act in order to maximize its business opportunities by improving its appeal to potential advertisers.

Now at 430 million monthly active users, Reddit has a major opportunity to convert that attention into revenue, especially given the highly engaged, niche focus nature of the many subreddits on the platform. But advertisers have long been hesitant to get involved due to the ad resistant nature of Reddit users and the platform's past history of hosting controversial content.

Indeed, Reddit played a key role in the major celebrity photo hack back in 2014, while it's also been criticized in the past for hosting discussions related to the sexualization of young people, gore, violence and more.

Reddit's approach to such content has actually played a part in its appeal. Back in 2012, then Reddit CEO Yishan Wong instructed the site's moderators that anything posted which didn't violate any legal boundaries should not be removed, even if they were to find it personally offensive.

"We stand for free speech... we are not going to ban distasteful subreddits."

Reddit's free speech approach saw it gain traction with users who had found other platforms less open to their views. But now, as Reddit looks to take the next step, it's falling more into line with other networks.

Which makes sense, and given its usage, is an important evolution in responsibility. But it will also no doubt get some old school Redditors offside - and could, eventually, see the rise of another, more open social network, where users are free to share whatever they like.

Will that impact Reddit's overall usage? It seems like it'll be minor, and increasingly, Reddit is becoming a more mainstream platform either way, so you would expect that any cast-offs would also be replaced by new users as it gains more exposure. In this respect, improving its approach to hate is even more important - but again, those angered by its new stance will likely drift off to other networks and apps.

That could lead to new hives of extremist views growing in other corners of the web. Which is not Reddit's concern of course, but it would be naive to assume that such conversation is merely going away. The capacity of the internet to connect people is extremely powerful, and that also relates to people with left of center views, and dangerous agendas.

These people can now more readily connect with likeminded individuals, and while the bigger platforms are increasingly moving to restrict such discussion, rising sites will continue to welcome such discourse in order to boost their performance.