In a reversal of the now common social innovation trend, Snapchat’s copying Instagram by adding a new GIF stickers option which will enable users to attach animated images to their Snaps.

Instagram first added the option last month – powered by GIPHY, users will now be able to select from a range of animated stickers (as shown in the first image of the above sequence) to attach to their Snaps.

It’s a fun tool, which looks to have already proven popular on Insta, so it makes sense for Snap to follow-suit. Snapchat also recently copied Instagram’s new Text Styles option, showing that Facebook’s copycat tactics can go both ways. 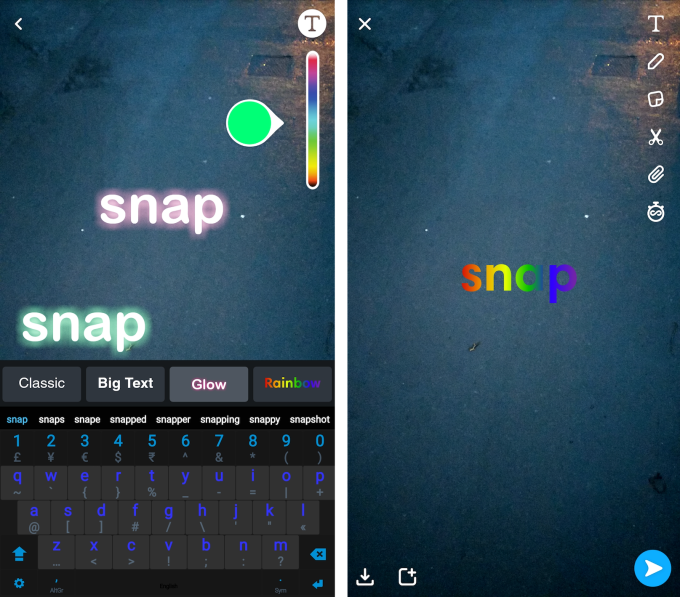 The addition of GIF stickers will also help Snap ease users into their new re-design - as has been widely reported, feedback on the new iteration of Snapchat thus far hasn’t been great. A change.org petition calling on Snapchat to reverse the update now has over 1.2m digital signatures, while various high-profile users have also criticized the new layout.

Last week, Snapchat CEO Evan Spiegel said that the change was here to stay, though they are looking to refine the new format with additional layout changes and tweaks which may ease user concerns.

Their latest update will also include tabs in both the Friends and the Discover sections, which will make it easier for users to find the content they’re looking for. 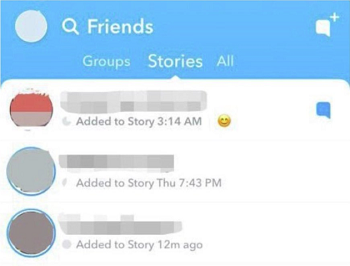 The new tabs are not rolling out straight away, however – according to Snap, the tabs will be ‘coming soon’ on both iOS and Android.

It’s an interesting time for Snap Inc. The company just posted its best performance report as a listed company, which included significant improvements in its ad business. The new Snap layout will help them capitalize on this - and while the initial response from users hasn’t been what they would hoped, the response from brands and influencers, who now have more opportunity for exposure through the platform, has been positive.

NASCAR, for example, says that its Snap Stories views have increased 80% since the reformat as a result of the new Discover section showcasing not only official Snap partner publications, but also popular Stories from other creators, including business accounts.

That’s a big tick for Snap’s ongoing growth, while they’ve also recently opened up even more exposure opportunities via the expansion of Snap Map to the web (including embeddable content) and broader access to their Advertising API.

As marketers look to alternatives to offset referral traffic declines from Facebook, Snap’s re-alignment around wider exposure could provide them with a significant opportunity to re-ignite growth, which already saw an uptick in their latest results. The re-design could slow that somewhat, but as user anguish eases, it could also signal the start of the next phase for the app.