Snapchat is rolling out a new option which will enable users to paint their own 3D AR effects over their face, or anything else, from within the app itself.

As you can see in this tweet from Snapchat product lead Andrew McPhee, the option will enable users to use free form drawing tools, which will then be attached as 3D objects within your frame. You can use the tools in the front or rear-facing camera, enabling you to add new effects to whatever you like.

Of course, you are limited by your creative capacity, and what your finger is able to paint on the screen (hence the simplistic type examples). But it's another way to get users involved in the Lens creation process, and add another element to Snap's growing AR options.

The addition is actually not a huge leap from Snap's 'World Lenses' 3D objects, which it launched back in 2017.

With World Lens objects, users could virtually attach a 3D image to whatever they wanted in the frame. This new update adds more creative capacity through free-form drawing, but the idea is fairly similar.

As noted, it adds another element to Snap's ever-expanding creative AR toolset. Scroll through Snap's 'AR Bar' now and you can see not only a set of face-changing options (to the right) and games (to the left), but Snap also links you through to its community created Lens collections and to its Lens Studio, where you can build your own AR masks and overlays. 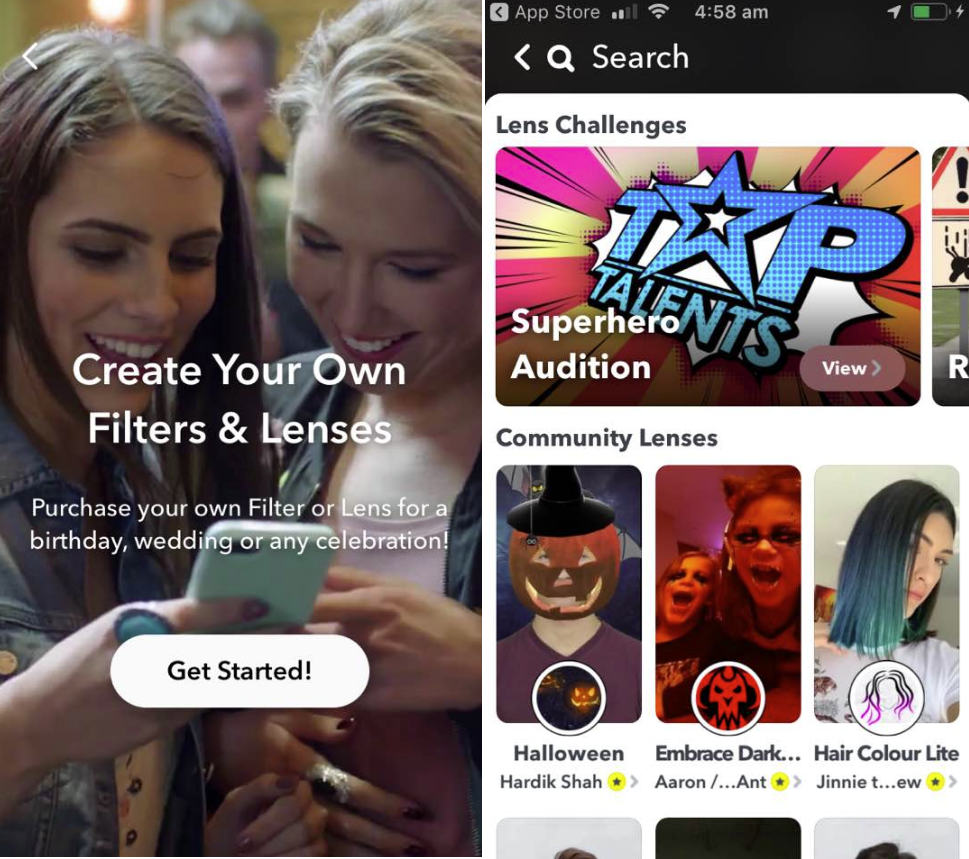 Despite the ongoing challenge from Instagram, Snap has arguably managed to remain one-step ahead on the AR front, and facilitating community involvement has expanded on its creative options. Facebook, of course, also offers AR creation tools, but Snap, at least thus far, has held its lead in this respect, continuously coming up with new, innovative and trending AR options to keep its audience interest - and attract new users.

This latest update seemingly doesn't add a lot in this respect, but by providing another gateway for users to get into AR creation, it could help Snap attract a new set of creative options, and keep it in the lead.

Also, as an aside, it's interesting to see how TikTok continues to use Snap within its promotional onslaught, seeking to lure Snap users across to its app. 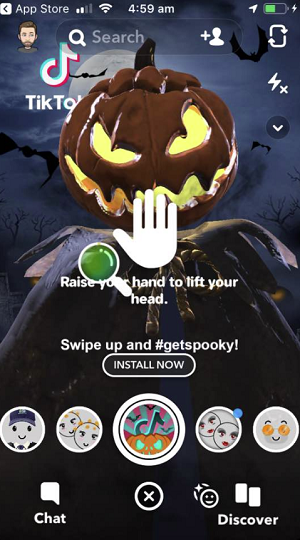 Snap insists that it and TikTok are 'friends', but considering TikTok is likely in direct competition for the same audience, it still feels strange to see things like TikTok Lenses in Snap.