As we enter the last week of Pride Month, Snapchat has launched a new tie-in initiative which enables users to create their own custom Pride flag, then have a real-world version of that flag printed, via in-app tools.

"To reflect how pronouns and physical expressions have become more expansive and fluid, Snapchat created new versions of Pride Flags with blended gradients, giving the LGBTQIA+ community a way to embrace the spectrum of identity and an individual’s place within it. The optical elements of the Lenses underscore that diversity, with non-linear gradients and color spectrums meant to emphasize the nuance and richness of the LGBTQIA+ experience."

As you can see from the above image, using the Pride flag filter, Snap users can add their own stickers and visual additions to the new Pride flag, which align with their own identity. From there, and in partnership with Pride Basics, Snapchatters can then have their custom Pride flag printed out and shipped to them.

"For each flag sold, $2 will go to InterPride to help support equity efforts worldwide."

In itself, this is an interesting initiative, providing new ways for members of the LGBTQIA+ community to establish a greater sense of inclusion. But the integration with physical shopping is another element to consider, and could be another small step toward Snap's broader eCommerce plans, and providing more ways to blend on and offline experiences through products.

Over the last year, Snap Inc. has made several steps towards enhanced eCommerce connection, including improved AR Try-On tools and 'shoppable' Snap Original shows. But this new initiative is more aligned with its moves into digital fashion, and virtual products, which, eventually, could also merge into real-world branding and product purchases.

Back in January, we reported on a patent filed by Snap which detailed its plans to partner with fashion retailers to provide Bitmoji versions of their items. That would then facilitate a range of new clothing options for your avatar in the app, while also giving the brands opportunity to showcase their latest products in an engaging, interactive way. 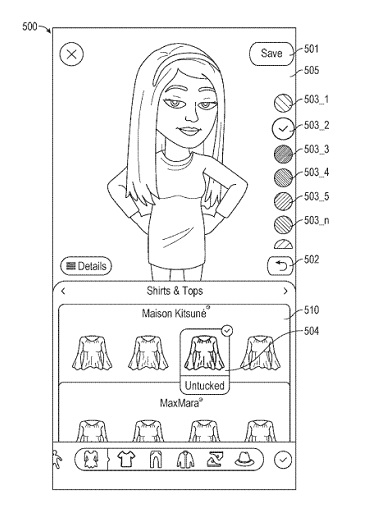 But what if these options extended beyond just your digital depictions in the app? What if, via Snapchat's evolving Bitmoji fashion options, you could also submit your outfits, even created clothing in the app, and have them made, in your size, to wear in real life.

Snapchat also acquired digital sizing company FitAnalytics in March, which provides tools that help brands facilitate more accurate product matches. Maybe, then, this new Pride initiative is just the first of many coming Snapchat-to-real life product integrations that will facilitate a different type of eCommerce push for users in the app.

In itself, this is a good initiative, which will provide support for a relevant cause, but the broader implications could point to a range of new opportunities in the app.

It's still too early to predict where Snap will go with its eCommerce push, but it is increasingly looking to integrate with other platforms, and this may be another means to broader its shopping horizons.