Snapchat has announced a range of new features for Halloween, including themed Lenses, Bitmoji costumes, and an updated Snap Map display for the event.

First off, on the new AR features – tying into the theme, while also promoting Snap’s advancing branded content tools, Snapchat has partnered with several brands, including Walmart and Home Depot, on a series of customized Halloween Lenses. 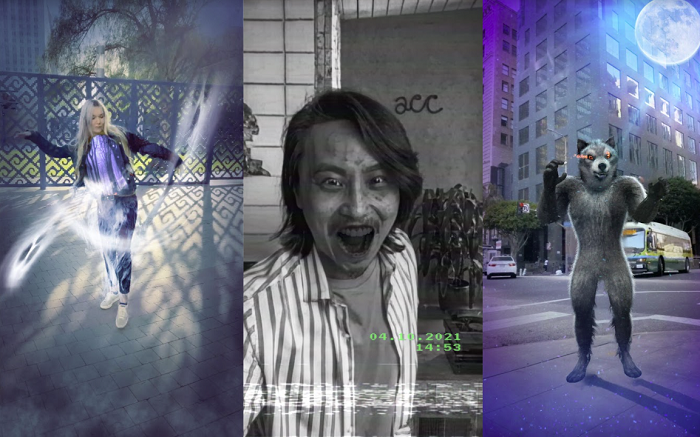 The Lenses essentially act as a showcase for Snap’s evolving AR tools for brands, which will see extra engagement in line with the event, which Snap will no doubt use in future pitches to brands on the potential of AR for their campaigns.

Snap’s also partnered AR creators to celebrate the 90th anniversary of Frankenstein, with a range of Frankenstein-themed Lenses also added to the app.

In addition to this, Snapchat has added its own Werewolf Lens, which utilizes Snap’s next level ‘body mesh’ technology to create a more immersive, responsive experience.

Snapchat’s also added a range of Bitmoji clothing to dress up your characters in the app:

While the Snap Map has also been given a spooky makeover as well:

Halloween looks set to be a major celebration this year, amid reduced lockdowns and distancing regulations, enabling a return to more traditional approaches and events. And with 77% of Snapchatters planning on using the app during Halloween, it makes sense for Snap, specifically, to lean in, while it also provides another opportunity to showcase its latest AR tools and features, which are advancing more and more every day.

Snap’s Halloween features will be active in the app over the next week.