While it was Instagram who first started copying Snapchat with their now successful Instagram Stories option, Snapchat’s now starting to follow the same playbook, taking cues from Instagram as they look to add in more features.

The latest Instagram Stories-unique option which has now made its way to Snapchat is user tagging, which Instagram added back in November 2016. 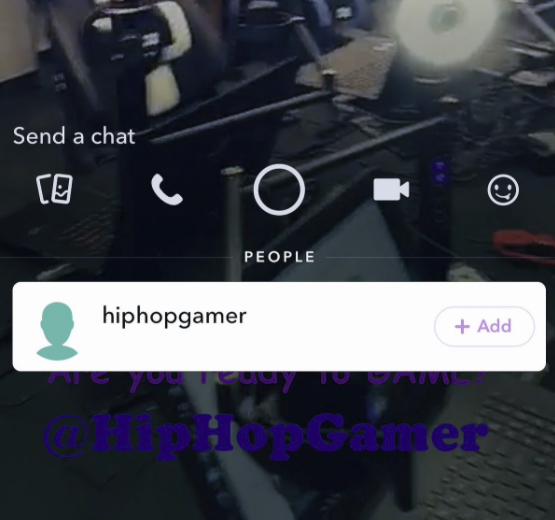 The feature was first spotted by user Matt Rappaport and Snap has since confirmed that the option is being trialed as part of a new test.

The process of tagging other users on Snapchat is fairly straight-forward – similar to Instagram Stories tagging, when you include a users’ @handle via the text option, users will be able to tap on that tag to add that users’ profile to their following list. Users can also tag multiple people in one Snap, with a ‘Swipe Up’ prompt taking you through to a full list of those mentioned.

The option will give Snap another way to expose users to more Snap content, and could prove valuable in influencer marketing and brand promotion activities. For example, a brand who partners with an influencer would now be able to offer that influencer exposure for their own channel via tagging, or they could arrange deals where prominent Snap users tag their brand profile in their posts, helping to boost exposure.

The option will effectively make it easier for business, in particular, to gain followers by piggybacking on the back of popular users, as opposed to having to make it on their own. You can imagine people showcasing new products in their Snaps, with links back to the brand profile, giving brands another way to tap into the often difficult to infiltrate Snap network.

And that’s even more important than ever in the new, re-designed Snap experience. In the new format, content from connections lives in one tab, with content from everyone else, including brands and influencers, in the revised ‘Discover’ tab (to the right of the main camera screen). If brands can create more connections with their audience, that could help them shift across to the more widely used friends tab, as opposed to taking their chances within Discover.

Really, it’s somewhat surprising that it’s taken Snap this long to add tagging. The company prides itself on prioritizing friends first, and has long taken the stance that all content should remain equal - meaning prominent users shouldn’t get special treatment. But tagging on Instagram hasn’t corrupted the experience on that platform, and it’s still well within the users’ control as to who they follow and why. The option just gives people another way to interconnect their Snapchat networks, which, as noted, will provide more exposure potential for businesses, but also for prominent creators, which could boost both reach and engagement.

Discovery has become a much bigger focus for Snap in recent times, with the app looking to capitalize on its popularity, and convert that attention into revenue opportunities. And while the re-design hasn’t exactly gone over as well as they would have hoped, the initial backlash seems to be easing, and the new format will help Snap capitalize on attention and provide more opportunity for advertisers, and influencers.

And with latest stats showing that Snap remains hugely popular among younger users, the app’s potential remains significant. If Snap can ride out the negative sentiment, they have the potential to build on their opportunities, and build a stronger business, as opposed to just a cool app.