Given Snapchat's popularity with younger users, it's not hard to imagine that political organizations will look to use the app to spread their messaging, and potentially influence voters in the lead-up to the 2020 US Presidential Election.

Snapchat hasn't been a big focus of the various probes into how social platforms have been used, and misused, by politically affiliated groups, but its relevance is arguably rising. Which is why this new addition is important, and may be an interesting reference point moving forward to see how the various political groups are approaching the app.

As reported by CNN, Snapchat has now added a new Political Ads Library, which anyone can view as a downloadable spreadsheet via Snap's website. 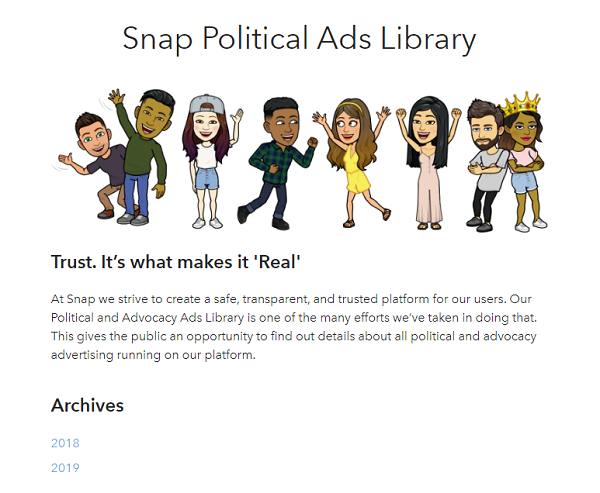 And while it's not as advanced as similar options available on other platforms, the listing includes all the political and issue-based ads on Snapchat, facilitating further research by third-parties.

As explained by CNN:

"Snap's ad archives show the name and address of who paid for the ads, and other details including the run date, money spent, ad impressions, and the demographic targeted. Snap created an archive for 2018 ads and has an ongoing one for 2019. They include ads sold and run globally."

The listings can actually serve two purposes - first and foremost, they're about transparency, and ensuring political groups are not using digital platforms to manipulate voters. But from a marketing perspective, it's interesting to also see how, exactly, political groups are using Snap as they seek to connect with younger voters.

Granted, a spreadsheet takes a little more work to go through and match up to relevant data points, but each ad within the provided listing does include a URL, so you can view the specific ad listed. 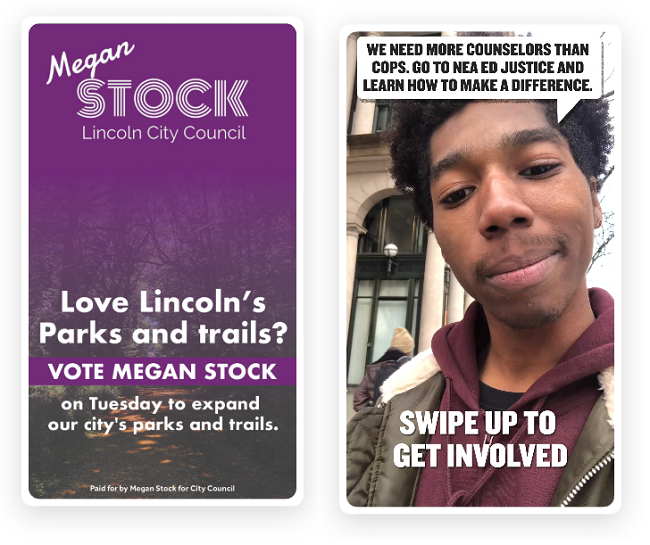 From an ad research perspective, it'll be interesting to look at such messaging, and match that up with poll data to see the potential impacts of such campaigns.

As noted, it's not as advanced as similar options on Facebook and Twitter, but given Snapchat's unique allure with younger audience groups, there's a lot that can be gleaned from the resource.

Also worth noting - all the major US candidates have now created Snapchat accounts, underlining the potential importance of the platform in this election cycle. Worth keeping an eye on in the coming months.