Snapchat is rolling out a new ‘unsend’ feature for messages, and is also testing some new ad formats which point to the future of eCommerce within the app.

First, on unsend, back in April, Facebook got caught out when some users noticed that previously sent messages from Facebook executives had mysteriously disappeared from their inboxes. Facebook, in the midst of their broader privacy issues, tried to save face by quickly announcing that all users would soon be able to delete previously sent messages, but that option hasn’t materialized as yet.

And Snap has seen an opportunity. Keen to hit Facebook back after Zuck and Co. have repeatedly stolen their ideas, Snapchat will now allow users to delete previously sent messages.

The process is pretty straightforward - as shown here, and as explained by TechCrunch:

“Hold down on a text, image, video, memory, sticker, or audio note in a one-on-one or group chat Snapchat message thread and you’ll see a Delete button. Tap it, and Snapchat will try to retract the message, though it admits it won’t always work if the recipient lacks an internet connection or updated version of the app. The recipient will also be notified - something Facebook didn’t do in the case of Zuckerberg’s messages.”

The option will make it easier for people to manage what information they’re putting out into the digital sphere – theoretically, that means that the messages will also be deleted from Snaps servers also, but we’ll have to wait and see if that’s definitely the case.

The ability to delete messages adds a new flexibility, and safety, to content sharing online, which users are clearly looking for. As shown in this graph, users have become increasingly wary about sharing too much of their personal information online, with messaging apps now growing at faster rate than social platforms.

That, in part, is likely in response to users understanding the potential risks of posting your opinions in the public domain – the desire for connection and interaction via social apps remains, but people want to feel safe knowing that they won’t be judged on their posts.

The ability to delete messages adds to this, and Snap’s addition of a notification that a message has been deleted also leaves some trail of the previous communication. This could be problematic in the case of someone being harassed, as the perpetrator could simply delete any offensive messages, but that’s another element that will need to be measured as the new option is implemented.

In addition to removable messages, Snap has also announced some new ad options, which point to the development of the company’s eCommerce options.

First off, Snapchat recently partnered with SeatGeek to build a new ticket-buying experience within the Snapchat app.

As you can see, the full process is available within the app, so you can buy tickets without having to be switched across to another platform. It’s the latest development in Snap’s growing eCommerce tools, which they’re also building upon with a new ad format that will show a carousel of purchasable items along the bottom of the screen. 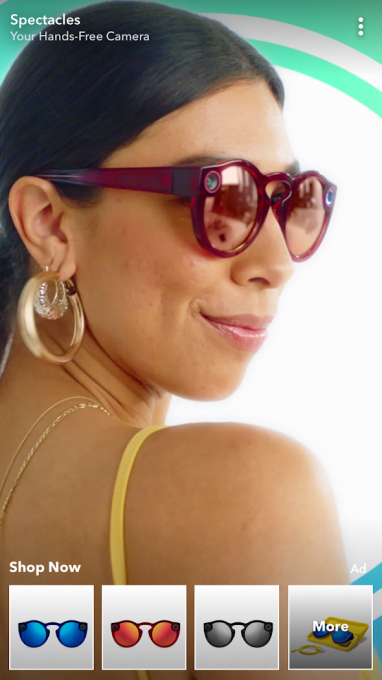 Clearly, Snap sees eCommerce as a significant opportunity – and given the app’s popularity among younger users, there will definitely be brands that are keen to tap into Snap’s potential, despite its overall slower growth.

That’s really where Snap should be focusing – while it’s increasingly difficult, likely impossible, for any social app to compare with Facebook’s scale, where smaller players can win out is through niche focus, by highlighting to advertisers where there’s significant value in reaching more specific audience groups through their apps.

On this front, Snap may be able to win out – as noted, the latest data from Pew Research shows that the app is beating out Facebook in teen usage. 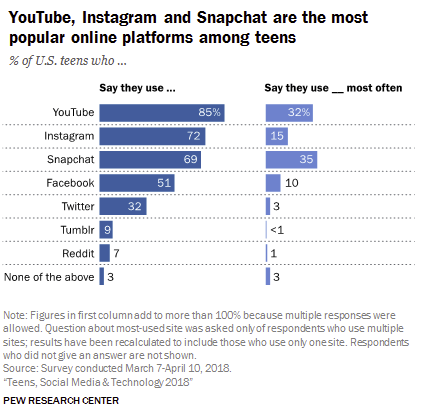 With more engaging, immediate response ad formats like these, Snap could provide a powerful option for those brands looking to reach younger users, and boost brand awareness and sentiment within these influential groups.

But then again, the other query is whether Snap’s young audience has the money to spend on such items. Teens are clearly not as lucrative as older age brackets – but still, they are highly influential in broader trends. And what Snap will be hoping is that they can use integrations like event tickets to tie users into the app – if they can get you to build your social graph within Snapchat, then keep using the app as you get older, that could help them build upon its ongoing revenue potential.

There’s a long way to go for Snap in order for it to prove its long-term viability and potential, but these new tools provide an indicator of where the company is likely headed.

Snap’s ‘Clear Chats’ message deletion feature is rolling out to all users over the next few weeks, while their new ad options are in testing and will be opened up more broadly soon.