As any parent of younger kids will tell you, kids just don't watch traditional TV anymore.

These days, younger viewers are more likely to watch YouTube, while complementing those longer form clips with TikTok videos, Instagram updates and Snapchat snaps. Anecdotally, you probably know this - but what does the actual viewing data say, and what are the key trends you need to know to help you maximize reach and resonance with these younger viewers?

That's what Snapchat sought to provide more insight into with its latest research report. Snap recently commissioner Nielsen to analyze how over thirty cross-platform advertising campaigns reached people on Snapchat, versus television, and what marketers can glean from those findings.

Which, as you would expect, showed that many Snapchatters are simply not reachable through traditional TV campaigns. 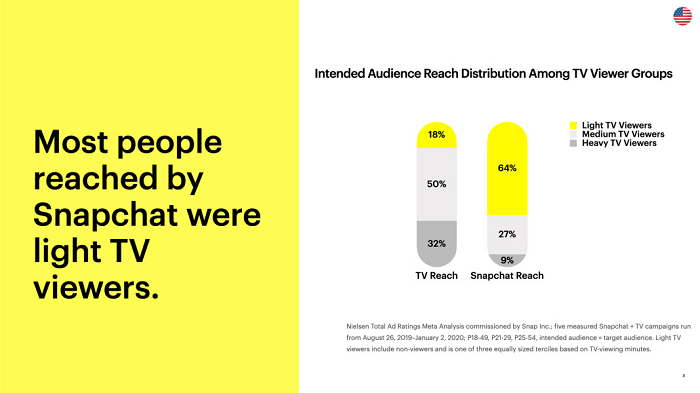 'Light' TV viewers, in this context, includes people who don't watch much, or any, traditional TV, which, as noted, now applies to a rising number of younger audience subsets.

Indeed, Nielsen says that nearly six out of ten Snapchatters in the US are considered to be 'light TV viewers', while Snapchatters are also more likely to live in broadband-only homes than users of any other major social media platform.

Which is a key element in the next major media reach shift. 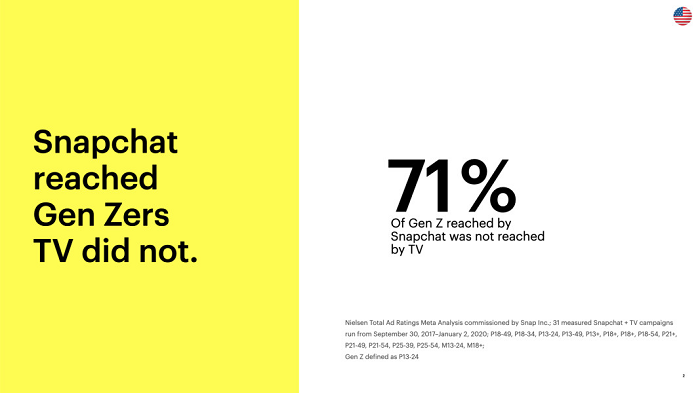 The facts are pretty clear - if you want to reach younger audiences, TV is not the prime focus, and that's increasingly become more relevant across demographic cohorts as these younger users grow up - people who've had mobile connectivity as part of their world for as long as they know.

That provides more opportunities for reaching these audiences on the right platforms where they're engaging, which includes social platforms specific to your audience, where you can use advanced ad targeting to connect with the exact right people with your campaigns. 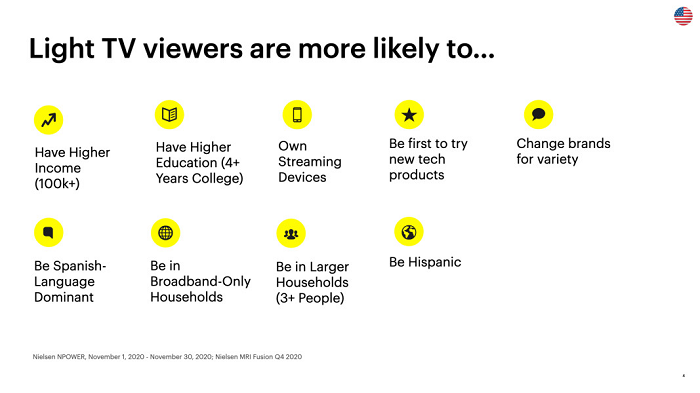 Again, this is likely not a major revelation - you would know, from your day-to-day experience, that mobile consumption is on the rise, while younger viewers are more likely to be staring at their phones for hours on end than they are to be sat down in front of the TV.

But when it's broken down into these details, it's easier to see the rising influence of digital platforms on media consumption habits, and to then consider what that means for your marketing approach.

Some important considerations - you can read Snap's full study here.