While Facebook works to replicate TikTok's functions, with a view to slowing the app's rapid growth, TikTok is also looking to return fire, with reports that the short video platform is working to add a new group chat option at some stage this year.

"Video-sharing platform TikTok may launch a group messaging feature this year, people with knowledge of the discussions told Reuters. [...] Group messaging is part of owner ByteDance’s plan to develop TikTok into more of a “social interactions app”, one of the sources said."

That, combined with TikTok's popularity among younger users, could make TikTok a much bigger challenger for Facebook, with many Instagram-based chat groups likely to migrate over to TikTok instead.

The capacity to share TikTok clips within that chat option would further expand its potential usage, and could help TikTok build on its already high engagement levels.

As further noted by Reuters, group chat is already a feature in the Chinese version of TikTok, called 'Douyin', so it's not overly surprising to see the same being possibly replicated in TikTok. 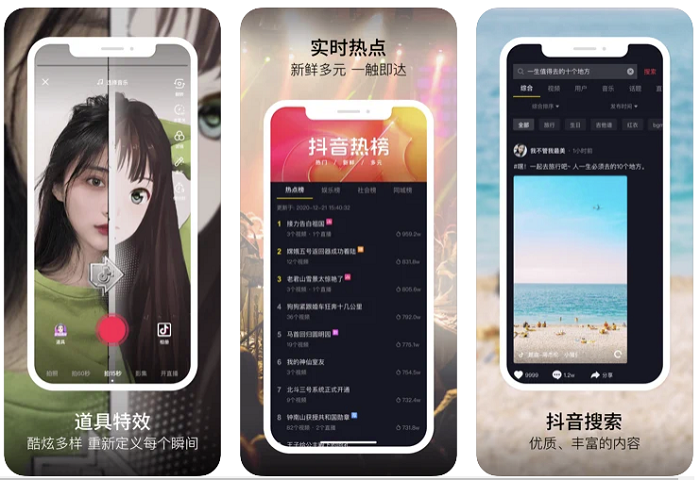 Douyin serves a wide range of purposes for its 600 million Chinese users, including eCommerce and communications, along with the familiar TikTok features. That gives TikTok a developmental advantage over other early-stage apps, because while features like group chat will be new to users outside of China, TikTok's platform for such has essentially already been tried and tested - and the same goes for new AR tools, video editing features, etc.

Douyin added group chat back in 2019, while it also added a video chat option last year.

If TikTok can get these features right, it could well pose a real challenge to Facebook's dominance, particularly due to its hold on younger user groups. If TikTok can become the app of choice for such interactions, that will put it in good stead to build on that popularity moving forward, with Facebook and Insta potentially losing ground in-step.

There's still a long way to go on this, and it'll take more than just a chat option to secure TikTok's path to success. But the signs are positive - and if it can establish clearer pathways to share revenue with creators, that will be another key step in building to the next stage for the app.