Can Facebook Work Out How to Slow the Momentum of TikTok?

Honestly, after years of seeing Facebook run the tables in social, and improve on many of the best innovations of other apps, it’s kind of refreshing to see them on the back foot, and working to keep up with the competition for a change.

I’m talking in this case about TikTok, and The Social Network’s efforts to crack the short video app’s code in order to curb its growth momentum. Thus far, Facebook hasn’t succeeded - TikTok’s on track to become the next billion-user platform in 2021, and its users are reportedly spending significantly more time in the app than people are on Facebook or Instagram.

That’s an unusual position for Facebook to be in. The last time it was up against this level of competition was when Snapchat gained momentum among younger audiences, which, at one stage, appeared to pose a long-term existential threat to Facebook's dominance. Instagram Stories put and end to that - but following the same playbook, with Instagram Reels this time around, doesn’t yet appear to have worked. And Facebook’s still trying to work out why, exactly, that might be. 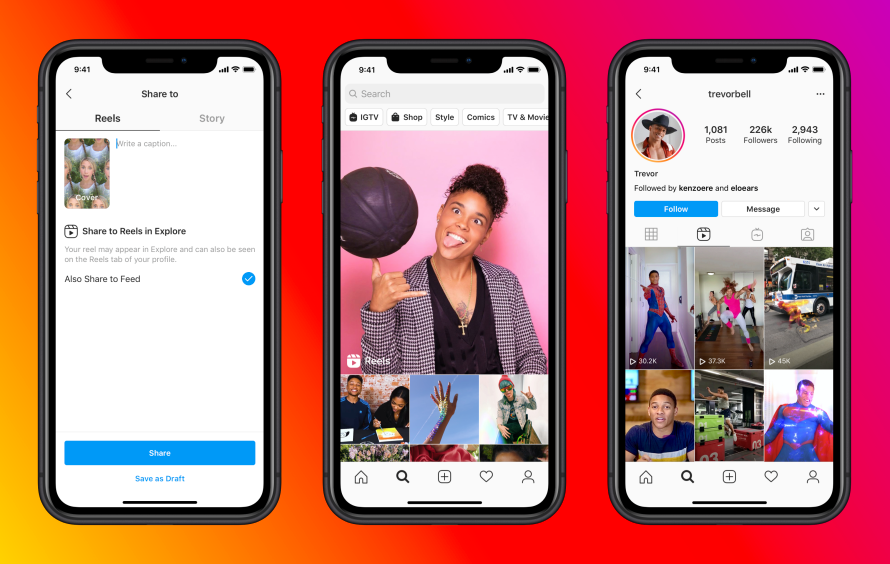 But the main issue is likely something that Facebook and Instagram cannot overcome - TikTok’s construction, and the way it keeps users engaged, is fundamentally different to Facebook’s interest graph approach.

Facebook has been able to defeat opponents thus far due to its ubiquity, and its vast data stores, which enable it show people more of what they like, from the people that they care about most. Its algorithm wins out by knowing who and what you engage with - but TikTok, with its focus on public posting, as opposed to enclosed networks, opens up its content pool to the millions of videos uploaded to its app every day, which enables it to more accurately identify trends and interests, and align its feed with many more clips along those lines.

And it’s not just its content breadth - TikTok only shows users one, full-screen video at a time, from which it can more accurately track specific interest signals, which again hones its recommendation engine.

“Everything you do from the moment the video begins playing is signal as to your sentiment towards that video. Do you swipe up to the next video before it has even finished playing? An implicit (though borderline explicit) signal of disinterest. Did you watch it more than once, letting it loop a few times? Seems that something about it appealed to you. Did you share the video through the built-in share pane? Another strong indicator of positive sentiment.”

TikTok’s algorithm, which incorporates machine learning based on video content, along with human categorization, is highly attuned to people's specific interests, and it only takes a small amount of usage to learn what will keep you hooked. Which is why you find yourself scrolling and scrolling into the early hours, and why it feels more fresh than your regular social feeds.

Facebook and Instagram haven't been constructed in the same way, though Instagram is trying to replicate the approach with Reels. And it recently added another element along the lines.

“Popular videos often consist of the same music set to the same dance moves, but created and acted by different people. Self-supervised models automatically learn “themes,” group them together, and implicitly make them available to the recommendation system. We’re using self-supervision to suggest videos that are relevant to recently watched videos, while filtering out near-duplicates — without explicit training labels for each classification task.”

In addition to this, and as discovered by app researcher Alessandro Paluzzi, Instagram’s also looking to add separate ‘Discover’ and ‘Following’ tabs in Reels, similar to TikTok’s ‘Following’ and ‘For you’ feeds. 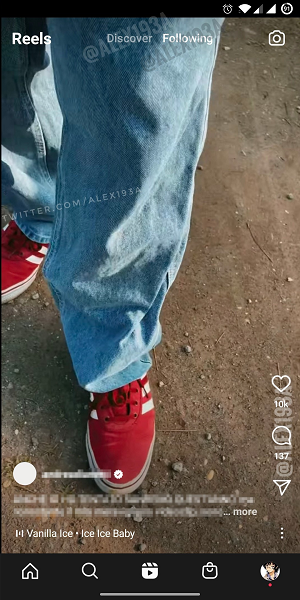 That would similarly expand Reels’ pool of content, while Facebook’s also trying to use its lure of optimal reach to get more creators across, by enabling people to share their Reels to Facebook as well.

Will that make Reels a stronger competitor for TikTok, and halt TikTok’s overall momentum?

Likely not. Again, the construction of TikTok’s app is geared specifically around that ultra-engaging main feed, and with Reels as an add-on within Insta, it’s not the same, even if it can improve its recommendations and attune them more to individual interests.

Essentially, TikTok is seeing success by beating Facebook at its own game, and using implicit signals to optimize the user experience. Facebook now has to catch up, which is interesting to see, as it considers how it might be able to slow the app’s momentum, and avoid losing ground with younger users.

Maybe, Facebook will instead shift its focus onto AR and VR, conceding this shift and looking to recoup with the next stage. That, increasingly, seems like a more viable option, as Reels still doesn’t seem like it’s catching on in any major way, and Instagram feels more and more cluttered with different functions.

That, likely, means TikTok is here to stay. And it may well become a more important consideration for marketers moving forward.