TikTok's Testing a New, Shoppable Live-stream Experience, The Next Step in its eCommerce Push

If TikTok wants to fully maximize its opportunity, and truly compete with the big players in the social space, eCommerce will be a key pathway, providing more options for creators to monetize their content, while also moving it into line with the next big shift within the sector.

Today, TikTok's taken another step in that direction, with the announcement of a new deal with Walmart that will see the retailer showcase buyable products during a TikTok live-stream, a first of its kind for the platform.

"During a Walmart livestream, TikTok users will be able to shop from Walmart’s fashion items without having to leave the TikTok app, in a pilot of TikTok’s new “shoppable product.” The fashion items themselves will be featured in content from ten TikTok creators, led by host Michael Le, whose TikTok dances have earned him 43+ million fans. Other creators will be more up-and-coming stars, like Devan Anderson, Taylor Hage, and Zahra Hashimee." 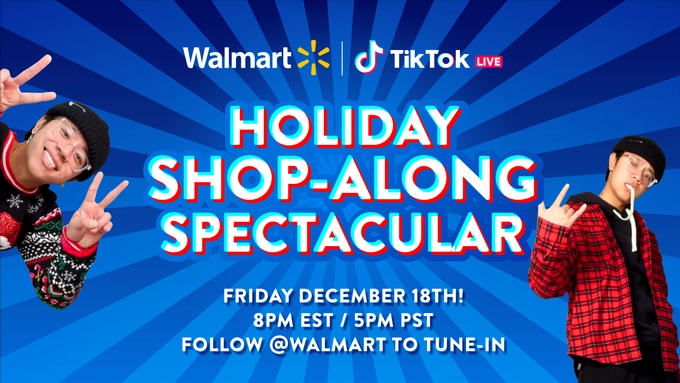 As the products are displayed within the stream, pop-up pins will direct users to tap on each, which will add the specified item to their shopping cart. Users will then be guided to a mobile checkout experience, streamlining the shopping process.

It's a significant step for TikTok, which has been experimenting with eCommerce, in various ways, over the past year.

The platform's first major experiment on this front was spotted last November, with social commerce URLs displayed in selected videos.

TikTok also launched its 'Small Gestures' option back in April, which enables users to send free, virtual gifts from a range of brand partners within the app, which is another step towards prompting habitual shopping behavior, while it also announced a new partnership with Shopify in October to further facilitate in-stream purchases and business listings.

It's not at the next stage yet, in enabling full, in-stream purchases within video clips for all brands. But it's slowly headed in that direction, and the new Walmart shopping stream is another step in the process.

As noted, eCommerce is key for TikTok, not only because it will provide more revenue opportunities for the app overall, but also because it will facilitate increased monetization capacity for creators.

Vine, the original short-form video champion, was eventually shuttered after it struggled to provide monetization tools for its top creators, who increasingly became aware of their earnings potential on other apps, like YouTube and Instagram. Indeed, many of those original Vine stars went on to become millionaires through their content on other sites, while Vine lost audience share every time another big name jumped ship, which gradually lead to its demise.

Short-form video is difficult to monetize due to the nature of the content. You can't insert pre or mid-roll ads on a seconds-long clip, and slipping ads in between videos is not as effective. eCommerce provides another, more viable option on this front - which is what ByteDance, the owner of TikTok, has found with Douyin, the Chinese version of the app.

Douyin generates the majority its revenue from eCommerce listings, inserting products into creator clips, and given that ByteDance is already tapping into this process, it seems inevitable that, eventually, eCommerce will become a much bigger part of the TikTok experience as well.

And it'll likely come fast. TikTok's growth plans were thrown into disarray in 2020 after it was first banned in India, where it had its biggest user base, and then faced a potential ban in the US, which has now, seemingly, been put on ice. Walmart was tipped to become a part-owner of the new TikTok entity as a result of the US push to sell-off the app, but now, with that on hold, it seems that Walmart is looking to a new approach to further expand its app presence, and build on its potential for direct sales.

If TikTok can add new monetization tools quickly, it'll stand the best chance of maximizing its potential, and building on its momentum in order to fully establish itself as a key competitor in the market.

And that could present a range of new opportunities for brands.

It's still early days, but it's worth monitoring the latest developments in TikTok eCommerce.