Twitter Announces Winners of its First Ever #BrandBowl Awards

Last week, Twitter announced that it would be handing out awards to the most tweeted about Super Bowl commercials as part of their first ever ‘BrandBowl’ competition, acknowledging the significance of the surrounding tweet discussion during the event.

Can't wait to see new commercials as they're released during the big game?

Retweet to subscribe for updates throughout the game on February 4th and catch all the #BrandBowl52 advertiser spots from @TwitterMktg. pic.twitter.com/1RyUxroCXl

So which tweets won the day? Here’s Twitter’s listing of BrandBowl winners, by category and by vertical. 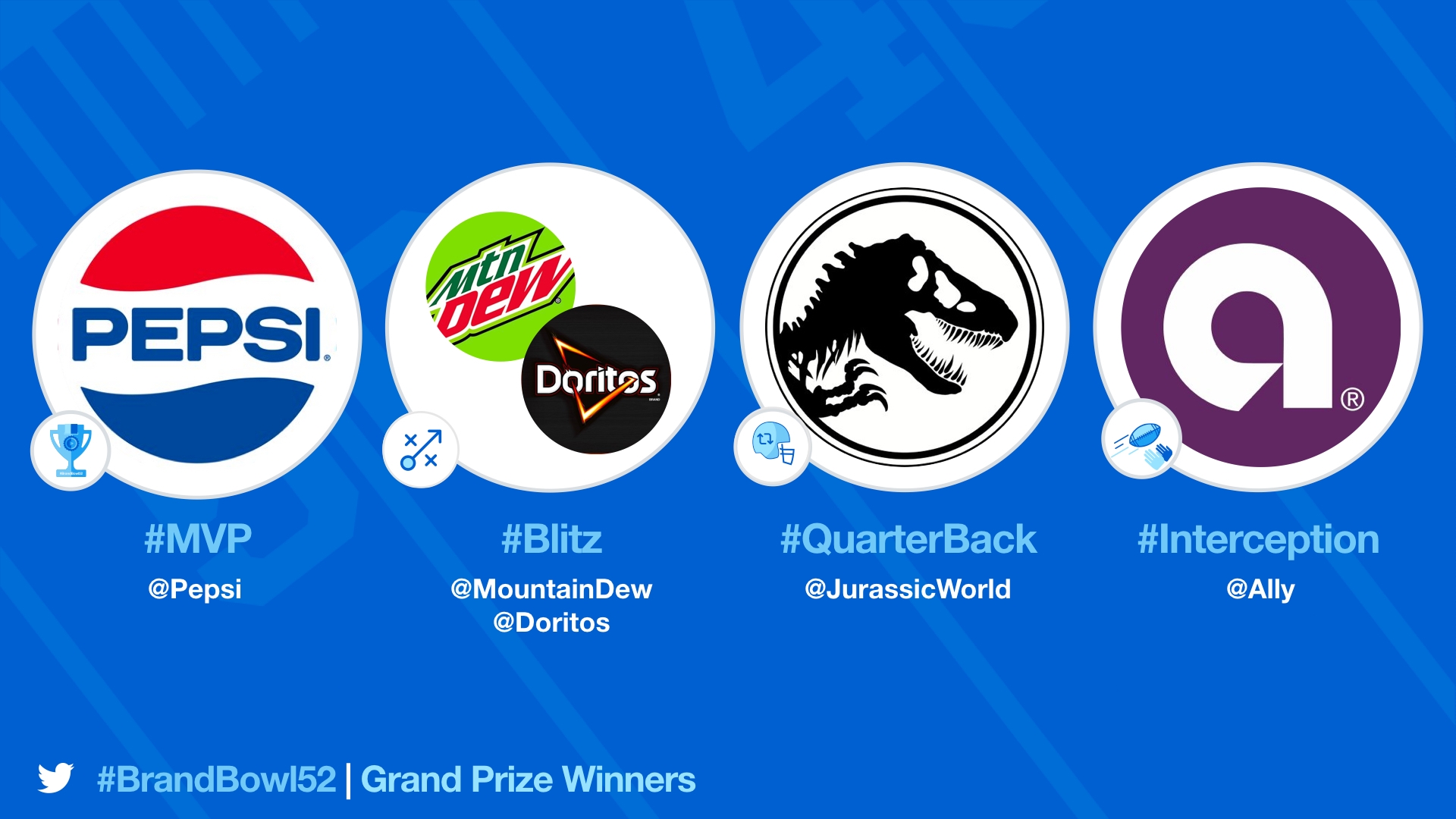 Pepsi came out as the major winner with their ‘This is Pepsi’ ad seeing the highest percentage of all brand-related tweets.

This is the Pepsi commercial that just played for 30 seconds during #SBLII…right before @jtimberlake killed it during #PepsiHalftime! Catch the extended version at https://t.co/GmZVrwGcnW pic.twitter.com/w7vejhHbsf

Mountain Dew and Doritos drove the highest tweet velocity of tweets per minute with their rap battle spot.

The rap battle to end all rap battles. #ICECOLD pic.twitter.com/IMR4cSfOad

While Ally Bank generated the highest percentage of brand discussion without an accompanying national TV spot.

As noted, Twitter also highlighted the top performers in each vertical, which will also share in the various prizes on offer. 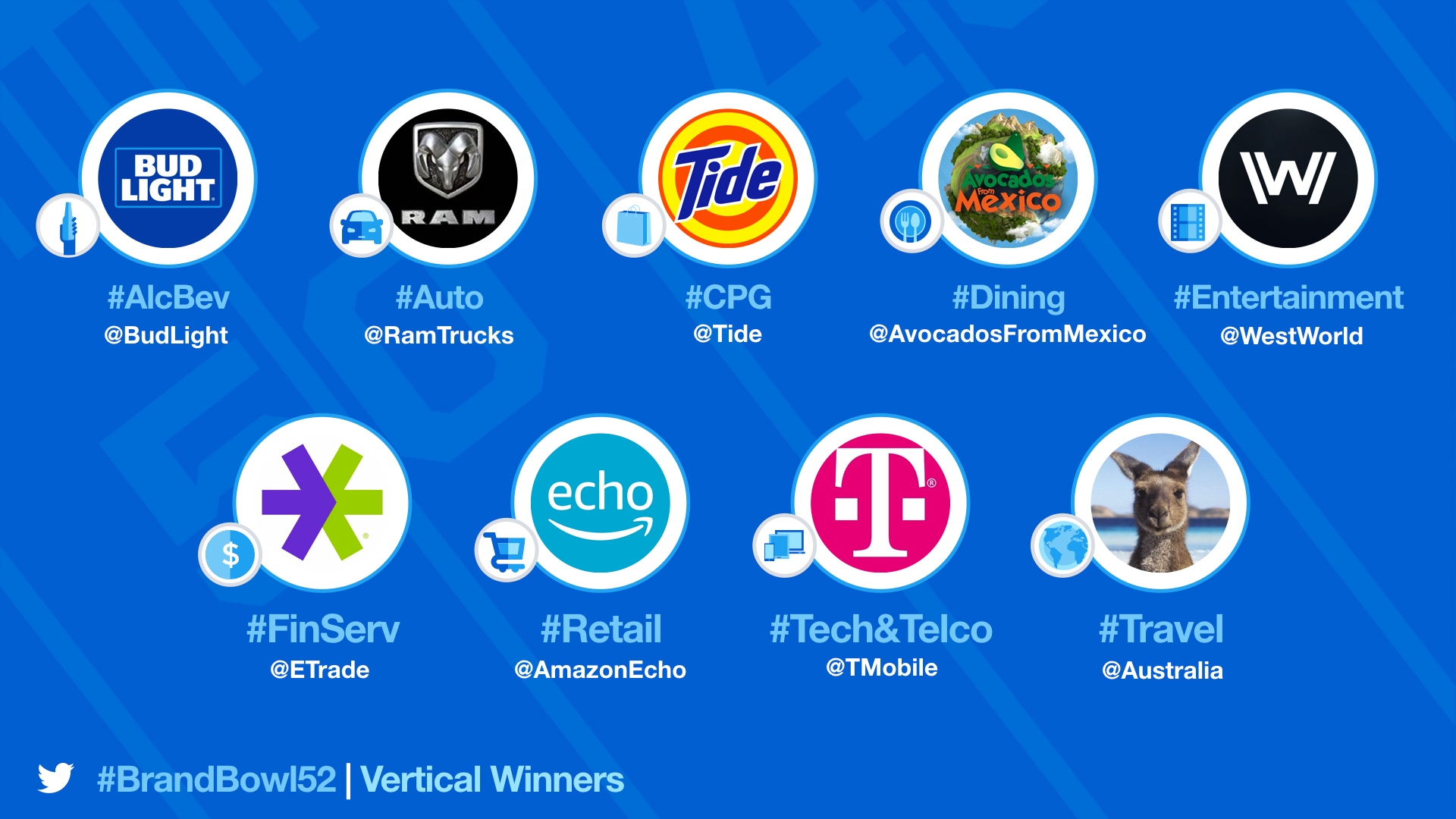 It’s an interesting way for Twitter to take more ownership over this element of Super Bowl conversation. Twitter's become a key accompaniment to the event, and brands have been working to tap into the surrounding real-time discussion in any way they can. By recognizing this, and acknowledging the top performers, Twitter can work to play a bigger part in the industry chatter, and better ingratiate itself with related brands.