Twitter is launching a new video ad option in the form of 6-second video ad bidding, which will see advertisers only charged if and when their video ad is in view for six seconds:

According to EyeSee, which conducts studies of audience engagement based on advanced eye-tracking technology, 3 seconds is actually the hot spot for video ad recall and response. 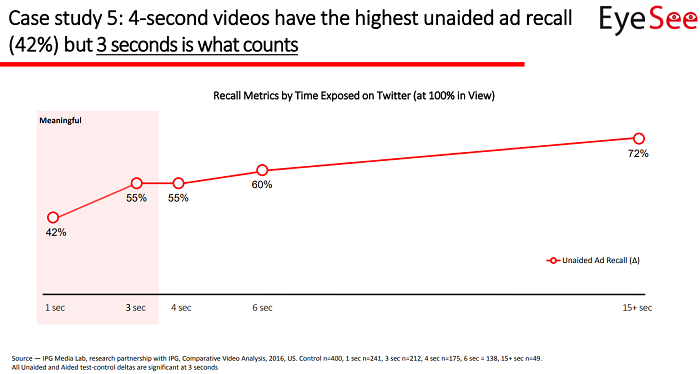 That should, theoretically, mean that Twitter's new 6-second bidding option will be more than enough time to ensure optimal response.

To clarify, video advertisers will still publish their on-platform video ads as normal, but this new option will enable them to choose to only be charged when their video is viewed for 6 seconds.

"With this, advertisers have the security of transacting on a longer view, while still providing the optimal experience of a short-form, mobile video to their audience. Advertisers will be charged only once their ad is viewed for 6 seconds, with pixels at 50% in view (6s/50%)."

The idea is that this will provide a more flexible option for advertisers, enabling them to optimize for completed views, while also putting more reliance on Twitter's system to showcase their content to relevant audiences who are more likely to watch.

The new option will be available on Promoted Video, In-stream Video Sponsorships, and In-stream Video Ads for videos of 15 seconds or less in length. Worth testing in your next Twitter video campaign.