With pretty much every other social platform now jumping aboard the Stories train, it was really only a matter of time before Twitter took a step in that direction. And while it hasn't gone 'full Stories', Twitter is rolling out a new camera tool which will enable users to capture Stories-like images, complete with overlays and searchable elements, which will open the door for more visual content options on the platform.

As you can see in the video, now, when you swipe left from your Twitter timeline, you'll be taken to the new camera, which will enable you to capture an image or video, or even broadcast live straight from Twitter (i.e. without being routed via Periscope).

The camera composer will default to the 'Capture' option, which will enable you to take a still image or a short, looping video - up to two-minutes in length - when you hold the button down. Or you can switch across to the 'Live' option. 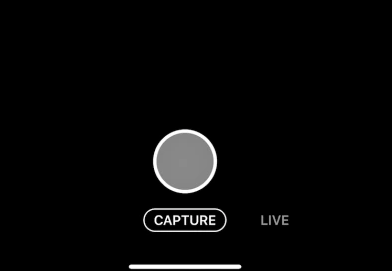 Once you've captured an image or video, you'll be taken to the next phase, where you can add in details of what the image is about, and you'll also be prompted to add in relevant hashtags based on your location (Twitter will scan the region for happening events and recommend tags). Once you tweet your image, those details will be overlaid in a new chyron format, providing more immediate context for the visual, while also appearing larger in user timelines - here's an example from TechCrunch's Josh Constine. 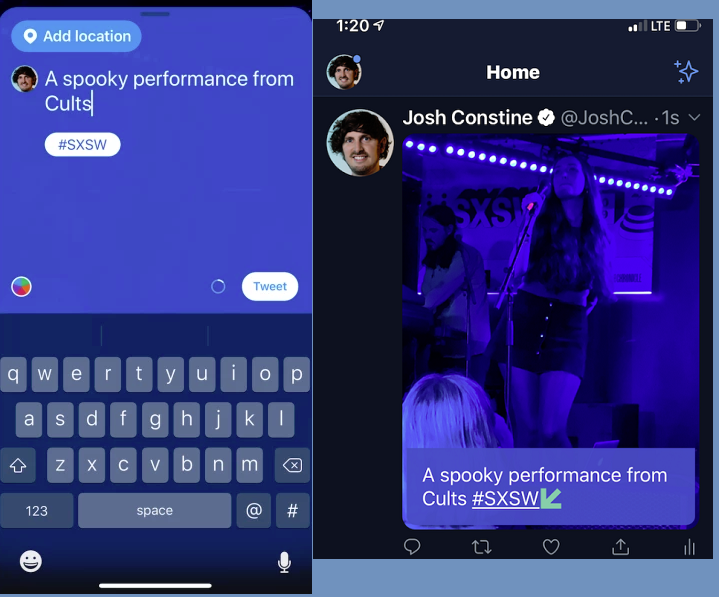 The images also stand out on desktop - and note, you can choose the color of the detail overlay for your content. 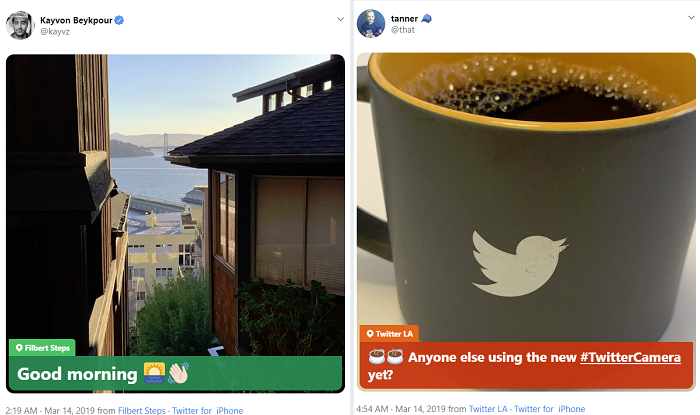 There are no additional stickers and filter tools available as yet, but you can expect that they'll be coming soon. And while Twitter's not adding a new dedicated section for the images (like a Stories bar along the top of the screen), content created via the new process will be eligible to be displayed in the 'What's Happening' section in the Explore tab when related to events.

Twitter's been developing the new camera tools for the last few months, with social media expert Matt Navarra spotting an early version of the tool in testing last month. The idea is to add more options to capture and participate 'in the moment', but as noted, it also further aligns Twitter with the shift towards more visual storytelling and engagement, which is logical, considering that even LinkedIn is now looking to tap into the Stories trend.

The addition will add to Twitter's capacity to be the place to go for happening news and events. While you've always been able to capture images or video through the app, the new tools will add an extra enhancement, and that immediate attention, and capacity to be included within event listings, will no doubt get the attention of brands looking to maximize their exposure in trending streams.

Indeed, depending on how the new camera content is featured, it may prove to be an interesting marketing tool. If, for example, you're running an event or promotion, you could encourage users to share via tweet, using the relevant hashtag, which may help push your event higher in Twitter's own showcase listings.

You wouldn't expect that to provide a significant lift in exposure, but it might, it depends on how Twitter looks to promote its camera tools, and whether the tweets chosen to be featured in the Explore section are more likely to be selected because of the new option.

And as noted, it's only a matter of time till the visual features come in. When that happens, we could see a new wave of promotional opportunities on Twitter, with sponsored AR masks and overlays to help boost your branding efforts.

It's not a major shift, functionally, but it is a major update for tweet presentation, and another sign that Twitter is looking to further align its app with evolving usage trends.