To help with strategic planning and event tie-in campaigns, Twitter has released the latest version of its monthly major events calendar, highlighting all the key dates for social media marketers to keep in mind for March 2019.

Twitter's event calendars, which it's been releasing for the last couple of years, list both the key dates to be aware of along with (for selected events) tweet volume stats, based on the previous year. These extra insights can provide more context around exactly what levels of discussion you can expect for each, further refining your strategic approach.

So what are the key dates to be aware of next month? 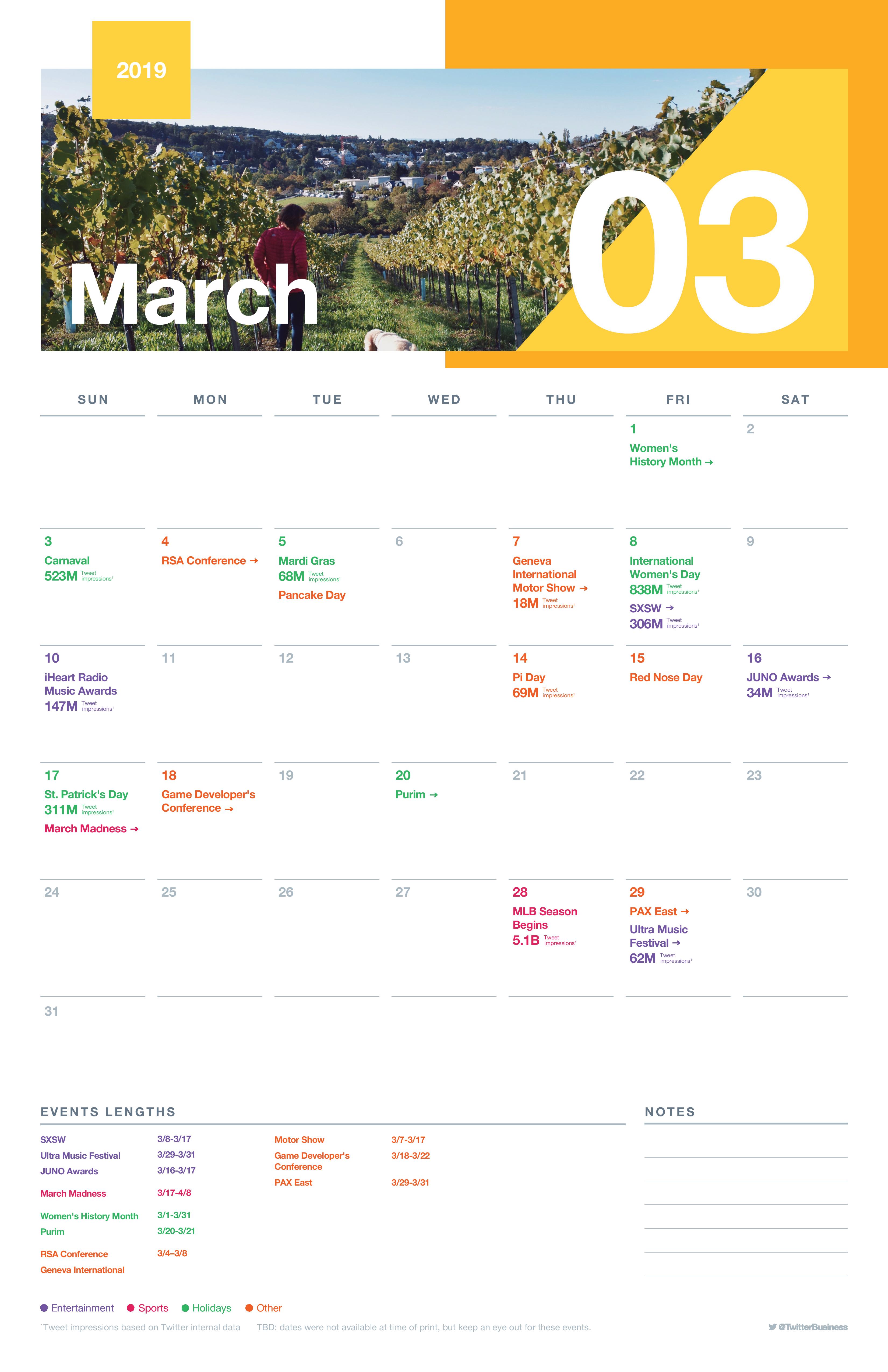 An interesting mix of events, with a range of campaign tie-in opportunities - key highlights from Twitter:

Events happening in the U.S.:
In the United States, creatives around the world will attend the SXSW conference from March 8th to March 17th. On March 10th, top artists will meet in Los Angeles for the iHeartRadio Music Awards. Beginning March 19th, basketball fans will tune into March Madness.

Events happening in Europe:
In the UK, Red Nose Day will give people on Twitter something to smile about on March 15th. On March 19th, consider jumping in on the Mothers Day conversation in the UK and on March 31st, the Dia Del Padre (Father's Day) conversation in Spain.

Events happening in the Middle East:
In the Middle East, the Big 5 Saudi Exhibition will host construction experts around the world from March 10th to March 13th. The Special Olympics World Summer Games will begin in Abu Dhabi on March 14th. On March 30th, horse racing fans will tune into the Dubai World Cup.

As noted, Twitter's monthly event calendars can serve as a great reminder for your strategic planning - and if you want to get an even bigger headstart, you can download Twitter's full 2019 major events calendar here. 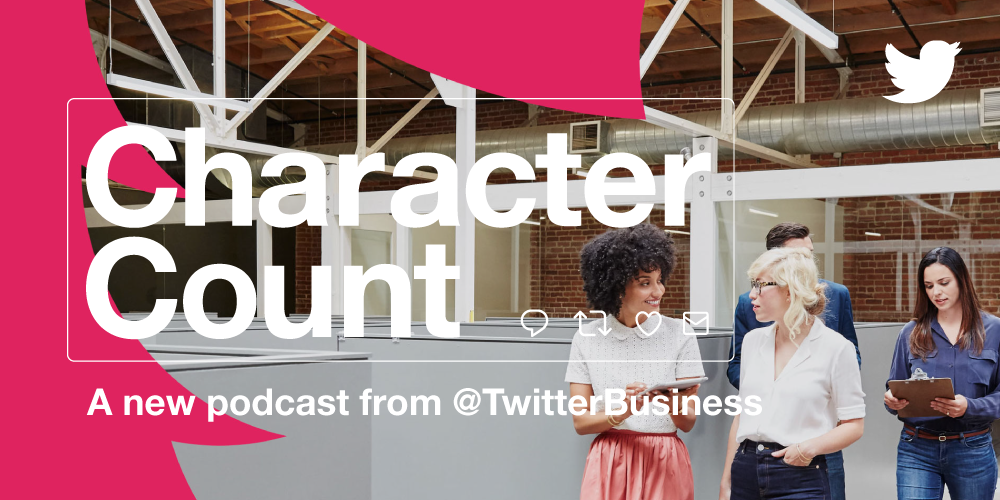 "In each episode of Character Count, we will talk to the people behind some of Twitter's most interesting advertising stories. We'll ask how they built such effective campaigns and why Twitter's influential and valuable audience matters so much to them."

It may well be worth a listen - you can find out more, and how you can tune in, here.