Twitter has released the latest version of its monthly major events calendar, highlighting all the key dates for social media marketers to be aware of in September.

Twitter's event calendars can be a big help in guiding your content strategy - not only do Twitter's listings highlight all the major events that you can tap into, but selected event listings also include tweet volume numbers, providing a better idea of how much discussion each is likely to generate.

So what are the key dates to be aware of this month? 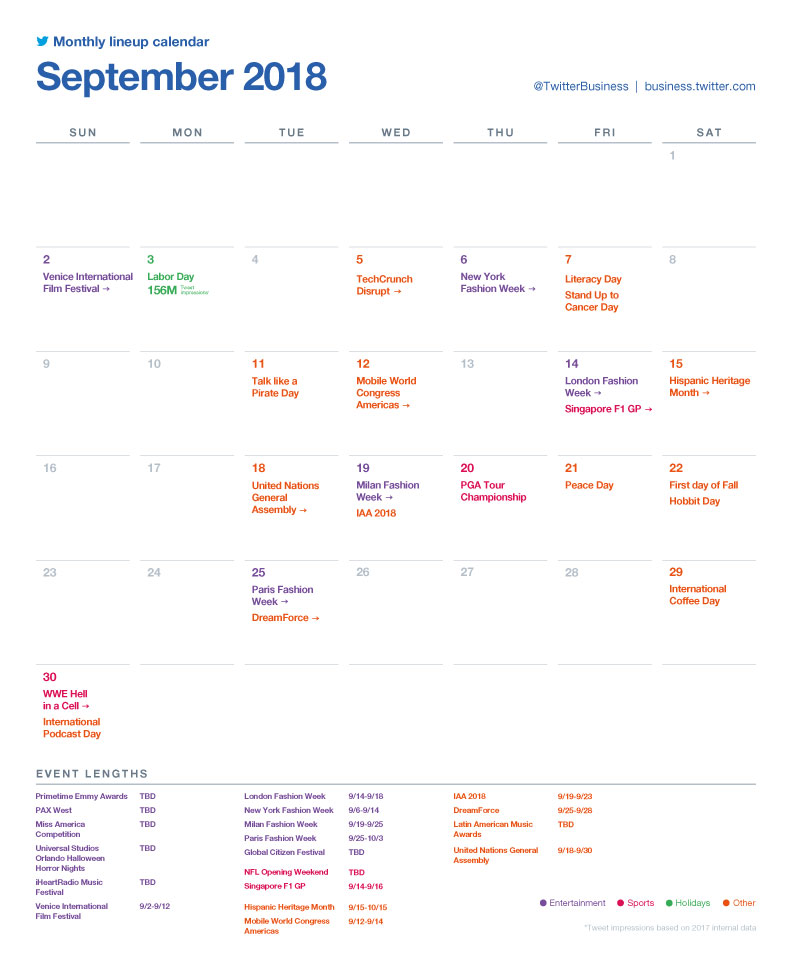 Another wide range of events and celebrations to consider, including the start of the NFL season, the Emmy awards and Salesforce's 'Dreamforce' conference.

This is also the month for fashion shows, including Fashion Weeks in both London and New York, while Twitter also notes the various celebratory days in the month, including #TalkLikeAPirateDay and #HobbitDay.

As noted, Twitter's monthly calendars can be a great resource, but if you're looking to plan a bit further ahead, you can also download Twitter's whole year calendar which covers the same info through to December.

Worth checking out as you go about planning your tweet approach.