A common question in Instagram marketing circles revolves around hashtags, and whether they should be placed within your main caption, potentially cluttering your messaging, or in the first post comment, giving you a cleaner look, but, potentially, at the expense of reach.

To get some answers, the team from Socialinsider recently teamed up with Quuu to conduct a study of some 650k Instagram posts, originating from 6,784 individual brand profiles. The brand profiles chosen ranged from large brands to SMBs, so the Socialinsider team separated their results to provide a better overview based on audience following.

First off, the research shows that the vast majority of brands prefer to place their hashtags within the caption of their Instagram posts. 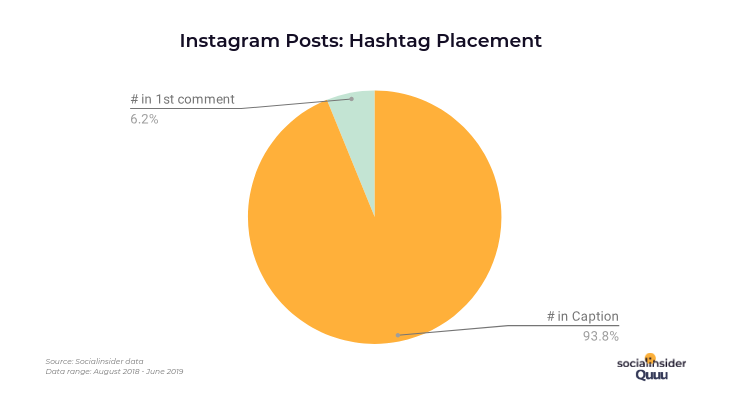 Given that less than 10% of brands are actually placing their hashtags within the first comment, it's a fairly small pool for comparison - it's difficult to provide an accurate indicator when the majority are not utilizing this option. But using that smaller subset, the Socialinsider team then analyzed how those users who do post their hashtags in the first comment see comparative engagement, specifically, in relation to post reach. 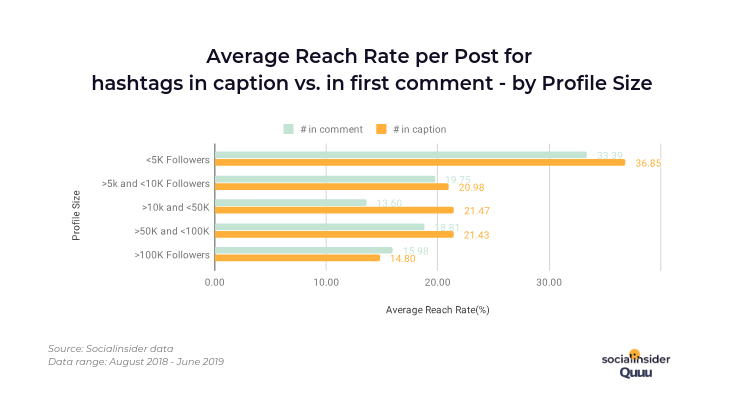 As you can see here, the research showed that placing hashtags within the caption did result in better reach, on average, for the analyzed posts, in almost every category. Though that said, the increases, for the most part, were not significant - for profiles with less than 5k followers, the variation in average reach per post was only 3.5%, while for those with between 5k and 10k followers, the variance was only 1.23%. But still, any reduction means less exposure. The data here would suggest that putting your hashtags in the first comment is likely not worth the aesthetic benefit.

In addition to this, the Socialinsider team also found that most brands are either using seven tags per post, or upwards of 25, with a fairly significant gap in between those brackets. 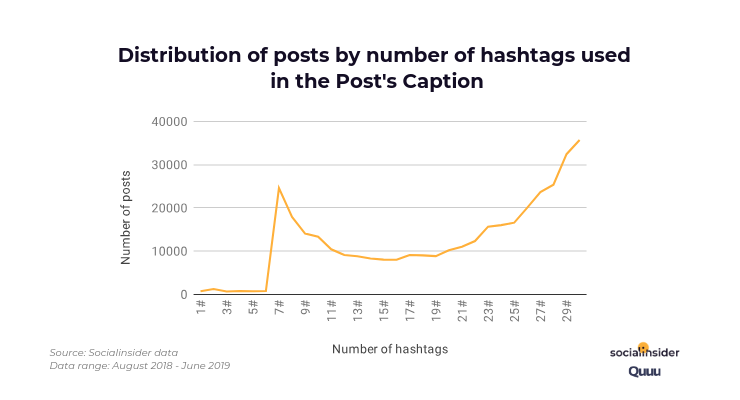 Previous research has indicated that using between 9 and 11 hashtags per post leads to optimal engagement, while a study last year from Quintly suggested that no hashtags at all was the best way to go.

A lot of this will depend on your unique audience, and of course, the specific hashtags you use, but according to this data, most brands are going with seven, or a lot of tags.

There's a range of other insights in the full report which you can download here.