Another day, another data breach.

This time it's Twitter - via a tweet from the Twitter Support handle, the company has confirmed that they recently found a bug which 'stored passwords unmasked in an internal log' - meaning third parties could potentially have accessed them.

Twitter says they've now fixed the issue, and that there's no indication of a breach or misuse - but as a precaution, the company's advising all of its 336 million users to consider changing their password, on Twitter and on any other platform where they might have used the same.

Twitter's also pushing out this notification pop-up to all users. 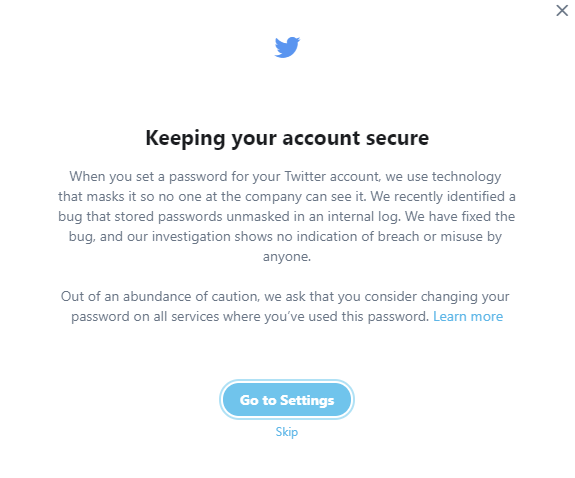 The wording is interesting - in fact, Twitter's handling of the potential leak overall has raised eyebrows. 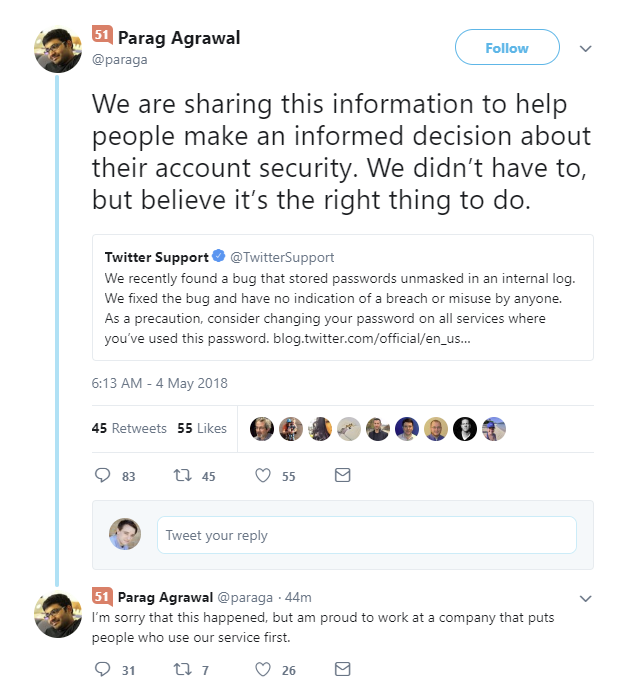 Probably could have left out the 'we didn't have to' part.

Either way, the bottom line is that your Twitter password may have been linked. And Twitter didn't have to tell you about it, but they did.

So now you know.