YouTube is expanding its Super Chat live-stream tipping option, which provides an additional revenue stream for live-stream producers on the platform. 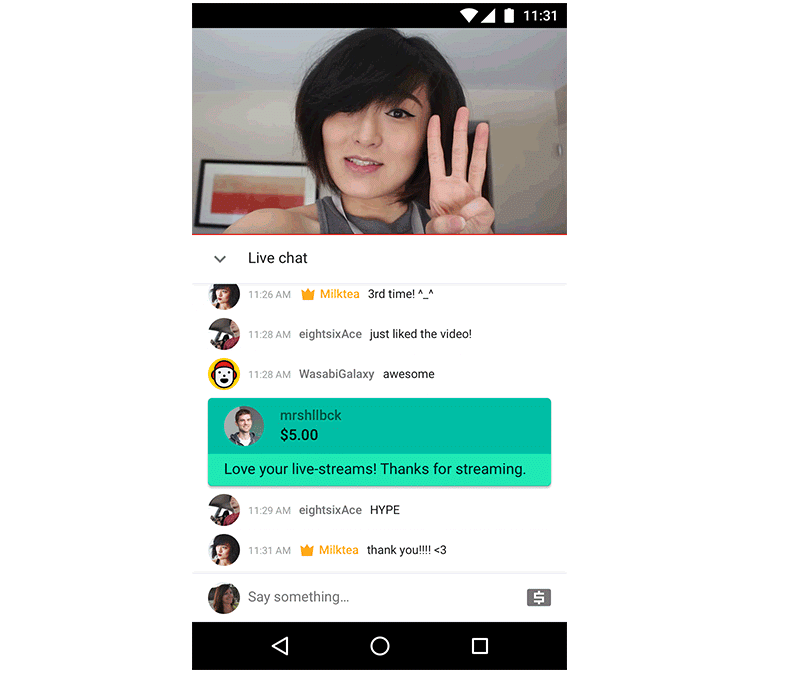 First launched in early 2017, Super Chat enables live-stream viewers to pay to have their comment featured more prominently in a chat stream, as you can see in the example above.

Originally only available to YouTube streamers in 40 nations, YouTube is now expanding the program to an additional 19 regions.

Those regions, as per Android Police, are:

YouTube hasn't revealed the usage numbers for Super Chats, but various streamers have used the option to raise significant amounts - of which, YouTube takes a 30% cut.

Most platforms have been investigating ways to generate revenue from live-streams, and incentivize creators. Facebook now has a similar live-stream tipping option for gaming content, while Twitch has long operated its own viewer payment program. YouTube's Super Chat system is more specifically based on how the process is used by Chinese streamers, where live-streaming is now a multi-billion dollar industry.

It doesn't seem like it will cause the same type of shift in the online content space in western regions, but as more streamers get access to the option, it helps to grow YouTube's content and revenue stream, while providing additional opportunities for the next crop of video stars.