Replication is normally Facebook's key mitigation tactic, but increasingly, YouTube is also looking to "borrow" inspiration from its rivals in order to fend off competition, and maximize its market share within the video space.

This week, The Information has reported that YouTube is working on a TikTok-like function called 'Shorts', which would essentially facilitate the same operations as TikTok within the YouTube app.

"Shorts will include a feed of brief videos posted by users inside the Google-owned app and will take advantage of the video service’s catalog of licensed music, songs from which will be available to use as soundtracks for the videos created by users."

A YouTube-operated version of TikTok would have several advantages - as noted by The Information, YouTube already has extensive music licensing arrangements in place, which would broaden the creative options for your Shorts clips. YouTube also has a huge user base, with over 2 billion people using the app each month. That's significantly more than TikTok, which currently has an estimated 300 million MAU outside of China (where, incidentally, YouTube is blocked).

That user base would also mean that popular YouTube influencers who might want to take advantage of a TikTok-like feed could do so without directing their users to another app, and sending their masses of followers off to another platform. In addition to this, YouTube also has significantly more advanced monetization systems in place for those influencers - and as such, it would likely be to their benefit to further build their YouTube audience and presence, rather than working on starting over in another tool.

That could actually be the key benefit of YouTube's 'Shorts'. Right now, TikTok doesn't have an effective monetization process in place in order to rival what top creators can earn by publishing their videos on YouTube instead. That's what eventually lead to the demise of Vine - with Vine unable to work out how to effectively monetize short videos, its top creators ended up migrating to YouTube instead, where many have gone on to become millionaires.

No short video platform has been able to monetize to a significant enough degree to mitigate this, and really, you can already see TikTok's top stars moving over to YouTube anyway, where they can make big dollars for, essentially, the same work.

If YouTube also had a TikTok-like feed, that could be the best of both worlds, and could deal a significant blow to TikTok, slowing its meteoric growth.

Given this, you can expect TikTok to ramp up its monetization efforts. Douyin, the Chinese version of TikTok, has been able to successfully monetize through eCommerce integrations, which TikTok is also working on, but doesn't appear to be close to launching as yet. With YouTube looking to put the pressure on, that could expedite TikTok's progress - which could be good, in that TikTok might develop a better monetization model, or it could be bad, in that it doesn't take off with users, and lessens the app's appeal.

Either way, if YouTube does come out with Shorts sometime soon (The Information says that it's aiming to release the feature by the end of the year), it could deal a major blow to the app.

As noted, while Facebook has traditionally tried to replicate every rising social app in order to limit their regional impacts, YouTube has also been looking to replicate various tools of late in order to quell potential rivals.

YouTube added its live-stream 'Super Chat' payment program back in 2017, which is essentially the same system that Twitch uses, while it also added Stories in 2018, replicating a key functionality of Snapchat (and subsequently Facebook). 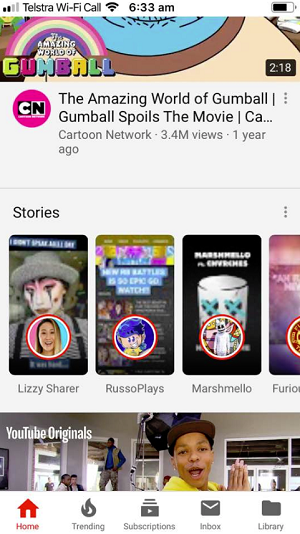 But either way you look at it, replication works. In her 2019 review post, YouTube CEO Susan Wojcicki noted that creators who use YouTube Stories "saw an average increase to their subscriber count of more than 8% compared to creators without Stories", while more than 100,000 channels are now utilizing Super Chat, with some streams earning more than $400 per minute.

In this sense, these options serve as much of a practical purpose as they do a means to blunt the growth of competitors. But they do serve both purposes, and if YouTube can make Shorts work, TikTok will feel the pain.

It'll be interesting to see how TikTok responds, and whether this causes a shift in strategy from the rising video app.