Ask SMT: In your opinion what was the biggest development in social media marketing in 2016? Why?

Here at Social Media Today we are committed to bringing our readers fresh ideas from the greatest minds in Social Media. The Ask SMT series brings our influencers together to explore the questions that are on the minds of our readers.

QUESTION: In your opinion what was the biggest development in social media marketing in 2016? Why?

"The rise of click-bait, and hopefully its fall in 2017 as social media platforms get smarter about displaying content from credible sources and advertisers.

The danger of click-bait is that if the only criterion for success is clicks, then the quality of content falls. And fast. And far. Click-bait has diminished how people value news. Fake news stories flourish in a market flooded with fluff and appeals to our baser instincts. In a nation where democracy relies on a healthy Fourth Estate and an informed electorate, it is important that we get to read and share factual, well-reported content.

Ken Smith, chairman of the Welsh National Union of Journalists, told the Guardian, "Without a doubt, there is a dumbing down in terms of content going on websites which does not bode well... There's going to be an emphasis on the trivial, rather than stories which require more considered reading."

Luckily, it seems like Google and Facebook take the threat of click-bait and the fake news seriously. Google is working to prohibit misleading ads and both companies are constantly tweaking their search algorithms." 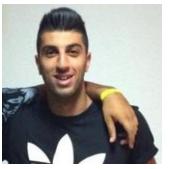 "Instagram stories was a massive game changer that has potentially impacted Snapchat's whole business model. We saw how Snapchat rose to social media fame in 2016, and for brands, how they were challenged to shift their audience onto Snapchat. However now, Instagram already has the platform to provide an identical service and amongst their already established audience, leaving less implications with growing a new audience."

"The biggest development in 2016 social media marketing was definitely the release of Snap Inc.'s Spectacles. These are camera-equipped sunglasses that wear and feel like high-quality designer sunglasses and allow you to record videos and illuminate the video recordings with LED lights on each lens. 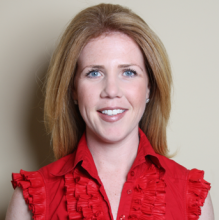 What Snap Inc. did as a business that was incredibly smart was that they nailed both the product and its supply and demand. They were able to create cool wearables that allow users to capture the world without using their iPhones. They also opted not to make the glasses readily accessible to everyone - yet. Instead of providing members of the media with complimentary pairs, they marketed their fan base first so Snap's users could try them out and spread the word. If you want to buy a pair, you'll have to shop at your nearest SnapBot vending pop-up machine - that is, if one happens to be in your area. There's only one of these vending machines in the entire world, making Spectacles the Snap Inc. version of Wonka's Golden Ticket. It'll be exciting to see where Spectacles go in 2017 and beyond!" 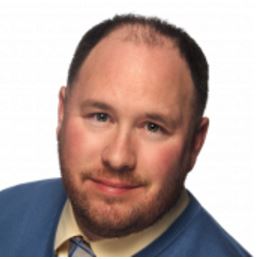 "This year saw a maturation in the paid solutions offered by many of the networks. Not just Facebook, either. While pundits have been busy attacking Twitter and it's future, its development team has been busy offering up new types of campaigns and ways to target this year. Not to mention, its earnings beat expectations last quarter and looks to do so again this quarter. LinkedIn has released sponsored inMail this year, too. This is tantamount to what publishers have always called list rental. List rental is the highest converting promotion channel I have ever used in my entire career. It's likely that inMail can have similar results."

"There are lots of emerging trends and big developments, but one that's been on the forefront of my mind is the increasing need for personalization and context in content marketing. With the crush of content being published, it's increasingly difficult for brands to stand out. While there 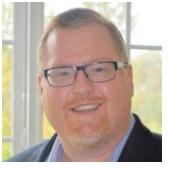 are many ways to try to stand out, such as influencer marketing, another way to stand out through good timing and smart delivery of content. Timing is everything in marketing and sales. Brands must have general awareness content to draw prospects in initially, but from there, the more personalized and context driven content is the better. Delivering content that's relevant to a prospect, considering their relationship with a brand, at the right stage of their buying journey, is key to making content and brands stand out. It's also the best way to move prospects down the funnel to becoming customers. To do this well brands will need to understand their audience very well. They also need to create content that is refined for each different type of buyer, at different stages of the buying journey. Smart marketing automation software that can deliver it at the right time will be essential. Good coordination between marketing and sales teams to hand off leads at the right time is also imperative. Ad hoc content and strong SEO practices are essential, but not enough. I think it's becoming a necessity for brands of all sizes to put tools, content, and processes in place to deliver personalized, context sensitive content in a timely fashion to get best results for from social media marketing."

"At the risk of sounding overly obvious, VIDEO! Not just making videos, however - I would've answered this question with that for 2015. I think the biggest development for 2016 was live video, i.e. live streaming. Everyone was getting into the game. There are so many uses for this beyond the normal "behind

the scenes" shots for brands. People are voyeuristic by nature - they want to feel like they're getting inside insights into people's lives and Snapchat, Facebook Live, Periscope etc allows them to get just that. It's accessible to anyone at any time, which makes it easy for personal brands and even small businesses to join in.
With more apps coming out with ways to save these streams, we can now repurpose these into evergreen video."
- Lucy Rendler-Kaplan , Founder, Arkay Marketing & PR

"The biggest development in social of 2016 was the evolution of live-streaming, though likely not for the reason you might expect. Live-streaming has been around in some capacity for a long time, but took on a new lease of life with the release of Meerkat in early 2015. After that came Periscope then Facebook Live didn't become available to all users till early 2016. So while the new wave of the functionality started before 2016, the momentum only really started to build this year, and really, only in the second half with the Presidential debates. 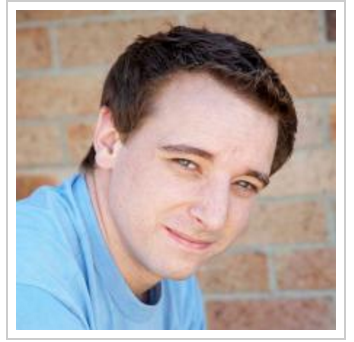 But while live-streaming is great in that it gives anyone the capability to 'go live' and broadcast their personal experience, where the medium will grow, and become a much more important consideration for marketers, is not necessarily in the capacity to broadcast yourself or your business. It's in the potential of bigger broadcasters coming on board, and in the medium becoming a genuine TV alternative, which will really change the game.

Online advertising has already overtaken other forms of traditional media, with spend on online ads now outpacing radio and print forms. The one market they haven't been able to crack is TV, because while we spend a lot of time online, people, on average, still spend more watching TV. But what if Facebook Live was airing content that was just as enticing as what's on television? What if Facebook or Periscope started airing exclusive content that was so compelling people wanted to connect up their TVs to these platforms direct to watch it.

That's where the true live-streaming revolution will come into effect. It's still a way to go, a big hill to climb for digital providers, but they're working on ways to more easily connect your home TV and your social channels, there will come a time where Facebook Live and Periscope are airing content mass audiences want to tune into. If they can facilitate that growth, that will make live-streaming a more attractive proposition for audiences, for creators and for the ad dollars that come with each."

What do you think was the biggest development in social media marketing in 2016? Does your answer differ from our influencers? Be sure to let us know in the comments. And if you're looking for more opinions on 2016 be sure to check out our twitter chat roundup with thoughts from other social media professionals.