The Most Requested Twitter Updates - And What Twitter's Doing About Them 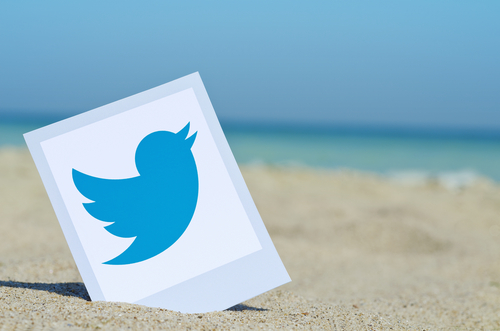 Last week, at Twitter's 2015 developer conference 'Flight', new Twitter CEO Jack Dorsey gave a speech outlining the future vision for the platform and the work they've done to progress towards their wider goals. As part of that, Dorsey made an apology to the developer community.

"Our relationship with developers got confusing, unpredictable. We want to come to you today and apologize for the confusion."

You see, back in 2012, Twitter and the developer community had a bit of a falling out. Twitter decided, for whatever reason, to restrict access to their APIs, making it harder for developers to use Twitter for their purposes. Dorsey recognized this, and is seeking to build bridges, and following his keynote, Dorsey called on the developer community to get in touch and tell Twitter directly what they want to see improved.

And tweet they certainly did - in total, 5,746 tweets were sent using the #helloworld hashtag in the three days after Dorsey's Flight keynote, with the majority focused on the Twitter consumer app, as opposed to more technical developer queries. Now, Twitter has shared a list of the features most requested via #helloworld on the official Twitter blog, which may give us something of a road map as to where Twitter could be looking to make changes in the near future.

As per the #helloworld feedback, the most requested Twitter features are:

So nothing new, essentially, but it's interesting that Twitter has chosen to make the list public, which would suggest that they're definitely considering ways to implement them.

Looking more closely at each one, the ability to edit tweets is something that's been requested for some time and seems, at least on the surface, like a relatively easy fix. That said, Twitter's product chief Kevin Weil recently noted that there are significant challenges to implementing such a feature, particularly in regard to how an edited tweet might impact those who've re-tweeted or embedded the original, as updating the content could significantly alter the context and meaning.

There's much discussion at the moment around the possible lifting of the 140-character limit and/or introducing some form of long-form content option on Twitter, akin to LinkedIn publisher or Facebook's recently updated 'Notes' tool. It'd be surprising to see the 140-character limit increase, given it's one of Twitter's key differentiating features, and the fact that Twitter's seen an equal amount of requests for and against it suggests that it's an issue they'll need to tread very carefully with. The addition of a new blogging feature or an integration with Medium seems more likely in this regard, as changing the 140-character limit would fundamentally change Twitter's user experience. Other suggestions have included removing links and hashtags from the character count.

Many prominent Twitter users have been calling for updates to lists for some time, and the general tone of list requests submitted via #helloworld relate to ease-of-use and featuring lists more prominently to enhance the Twitter experience.

The accessibility improvements could relate to general requests for better tools to access and use Twitter or to calls for improved third party access and the removal of token limits, making it easier for developers to utilize Twitter's API.

Moments is only new, so not surprisingly, people have strong opinions on how it works and what could be done to improve it - there's everything from requests for more personalization of the Moments stream to the removal of the blue dot on Moments indicating new content (which some users have found utterly infuriating).

And the last note is around Twitter's search functionality and ideas on how to update or improve Twitter's on-platform search options - the most notable, and common, request in this regard is the possible addition of geographic-based search capacity.

I would love the ability to search Twitter users/tweets geographically. More location based data! #helloworld #TwitterFlight

Most of the key suggestions via #helloworld have been compiled into this Medium post by Teresa Hammerl, which is worth checking out for more context (and is even referenced by Twitter in their post).

Alot of the #helloworld requests relate to API access, and the note on Gnip offerings - particularly in light of Twitter's decision to remove share counts from tweet buttons - is interesting and may lead to a clearer, more accessible way for businesses to utilize full Twitter data via Gnip's offerings. That said, in the accompanying notes, Twitter's Global Director, Developer & Platform Relations Prashant Sridharan makes it clear that Gnip isn't a cheap service, suggesting that they're not likely to be looking to provide low-cost data access (while Gnip's fees are not listed on their website, various reports have indicated that access to Gnip starts from around $3k per month, ongoing).

"Consuming Gnip real-time and historical products requires considerable processing power and storage. As such, the cost of using Gnip APIs is often a fraction of the overall infrastructure cost required."

Twitter notes that their team is examining each of these requests and is considering how they might be able to facilitate the community needs in a workable, sustainable way. In line with this, Twitter also notes that they're going to start hosting a bi-weekly meeting with the Twitter Development team, via Periscope, in which they'll be taking questions from the #helloworld tagged tweets and from viewers of the broadcast.It's an interesting initiative, and one which underlines Twitter's mission to improve and evolve with audience expectations.

We've already seen, under Jack Dorsey, that Twitter's willing to move quickly and make changes. Under their new structure, we may just see some of these long-requested features come to life in the very near future.