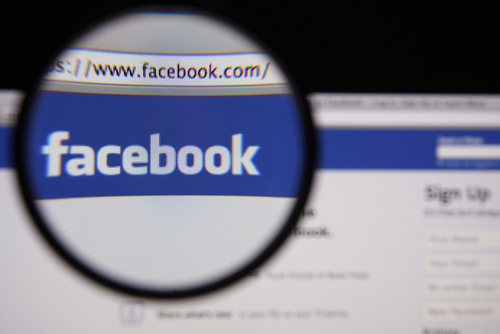 You know how Facebook is always prompting you to check your privacy settings and ensure you know 'who can see this?' Remember that dinosaur that popped up, looking a lot like Barney? Well, there's good reason for those prompts, and a new Chrome extension developed by a student in Cambridge has highlighted just how important it is that people remain aware of what information and data they're sharing online.

In the Harry Potter series of books, there's a magical map Harry obtains at one stage called 'Marauder's Map'. 'Marauder's Map' reveals every inch of Hogwarts School of Witchcraft and Wizardry, but also, the map tracks the location of every single person in the school. Using J.K. Rowling's fictional creation as inspiration, Aran Kanna has created a Chrome extension that grabs location data from Facebook Messenger and plots the locations of your friends on a map. And it's very accurate - The Next Web describes the app as 'a stalker's dream'.

The app uses the location data from messages sent with location sharing enabled. You can turn it off, of course, but not everyone is aware that it's turned on, by default, in both the iOS and Android apps. This means that most people probably do have location sharing on - because most people are likely not overly concerned about sharing such info with people on Messenger, they're your friends after all. That said, it can be quite easy to 'set and forget' this aspect, and you may, unwittingly, be passing your exact location data on to people you may not have intended to - and this app makes it easier than ever to locate people via this method.

The app is very easy to use - I downloaded the Chrome extension, went to Messenger and there it was, the map pops up right at the bottom of the screen. For every conversation you load with location data enabled, the map plots the point where that person was when they sent that message. 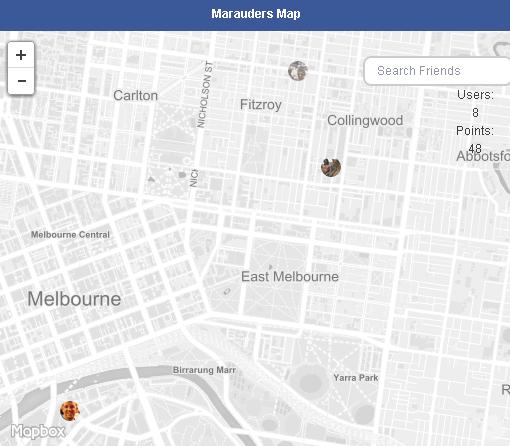 You can also click on the person's bubble on the map and it will show you not only where they were, but where they've been, as it loads up all past location points for that user also. That's right, you can get a full log of all the places logged for that individual, a track of everywhere they've used Messenger in the past.

What's also of concern is the accuracy of the map. You can zoom in further than just suburbs, getting down to individual streets. It would be quite easy to use this data to pinpoint exactly where a person is, if someone were looking for such info.

Looking through my own messages, most people had location data switched on - whether they realise it or not is another question.

This is just another reminder of the massive amount of data Facebook tracks on all users. For their part, Facebook has continually gone to efforts to remind users to check their privacy settings so they know exactly what they're information they're sharing. But apps like this - which is working completely within Facebook's rules and regulations - serve as a powerful reminder of the need to stay aware of what info you're making accessible.

The app immediately reminded me of Facebook's controversial listening feature, announced last year, with which people can activate their microphone to 'listen' to what's happening and have Facebook help them add context to their status updates by adding in the song or TV show that's playing as you post. That addition was widely criticised by privacy advocates, and Facebook hasn't said much more about it since, but the undercurrent of that feature was that Facebook could listen in to your life, could effectively be in your home, gathering context on what's happening around you. While 'Marauder's Map' is not a Facebook invention, it serves to underline that same principle - Facebook is tracking everything, all the time. Your data is their business. For marketers, it's amazing, with levels of insight never even thought possible. For users, it can be too much, particularly for those unaware of what they're sharing.

It's worth taking the time to familiarise yourself with Facebook's privacy settings - they're available on every post, you can always check what you're sharing, and just recently Facebook updated their systems to enable users to check what information they share with third parties via apps. There are an array of options enabling users to control what information they share - you can check out more detail via Facebook's privacy check-up.

Oh, and if you're feeling a bit creeped out and have a sudden compulsion to switch off location data on your mobile device, here's how you do just that: